An approximation of the widely replicated Murray/Hernstein bell curve (aka ‘the racist bell curve’) was found on a blackboard at the Univ of Oklahoma. Triggering ensues. From the Oklahoma Daily (the newspaper of University of Oklahoma):

A graph judging IQ by race was found drawn on a whiteboard in a lab in Carson Engineering Center.

Graduate research assistant Anisha Nijhawan discovered the graph on Tuesday afternoon, he said in an email to The Daily.

“I was shocked when I first saw it because I haven’t personally experienced racism on campus although I remember the 2015 fraternity video,” Nijhawan said. “I couldn’t believe someone would draw this and just leave it up there in a classroom. I thought it was important to inform the campus community about it.”

Hopefully, the FBI can get to the bottom of this outrageous, racist graph, and then expel, arrest, prosecute and hopefully execute the perpetrator. 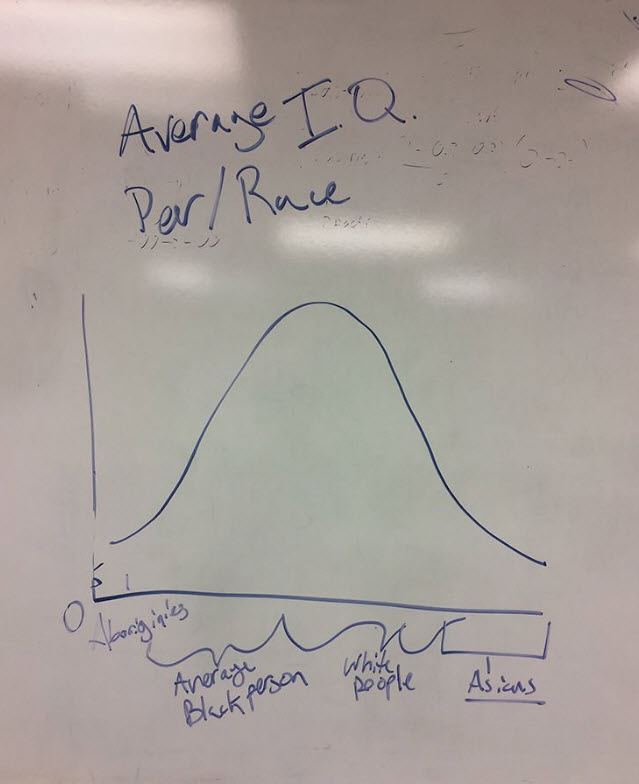