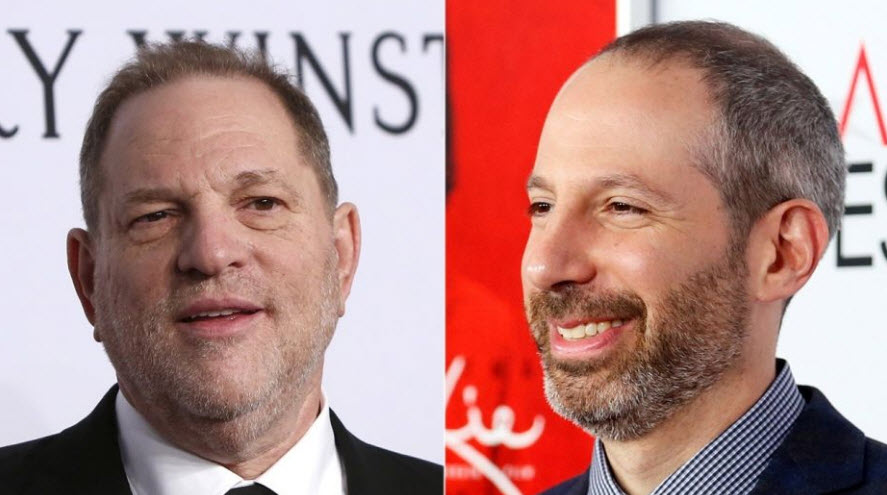 I’m sensing a pattern, but I can’t quite place it…

NBC News’ recently appointed president, Noah Oppenheim, is facing intense criticism for reportedly spiking an exclusive story exposing movie producer Harvey Weinstein’s history of sexual assault allegations. Oppenheim, who is a Hollywood screenwriter, should have recused himself from making decisions about a powerful player in the entertainment industry, critics say. Instead, the usually hands-off executive — who is still actively writing screenplays —  intervened in the editorial process and killed the story, according to The Daily Beast.

Oppenheim often has told industry colleagues that he’s likely to one day return to Hollywood full time. He wrote “Jackie,” a 2016 film starring Natalie Portman, and has been attached to multiple other projects. Weinstein was one of the most influential people in the movie business until a series of bombshell sexual harassment and assault allegations derailed his career.

One of the most damning reports was by former MSNBC host Ronan Farrow, who was still an NBC News reporter, but Oppenheim’s news organization refused to run the story. Farrow, who eventually took his 7,718-word bombshell to the prestigious New Yorker magazine, was told by Oppenheim’s team months before publication that his Weinstein scoop didn’t meet NBC’s standards…

Sources close to Oppenheim and NBC News say that he has been telling colleagues that he does not have a business relationship with Weinstein. That’s also got colleagues scratching their heads, as it’s unlikely a screenwriter of prestige projects like “Jackie” would not have been interested in one day doing business with the premier producer of Oscar-nominated films.

There’s also the intimation that Oppenheim himself may have been the source of the leaked Trump “Access Hollywood” tape:

Oppenheim was also at the middle of NBC’s controversial decision a year ago to sit on the notorious “Access Hollywood” tape of Donald Trump making lascivious comments about women. At the time, Oppenheim was running the “Today” show, whose co-host Billy Bush also was recorded on the tape egging on Trump. As with the Weinstein story, NBC argued strenuously that they had not been able to work out legally how to broadcast the tape before it was leaked to the Washington Post’s David Fahrenthold, who is a friend of Oppenheim’s from prestigious Harvard University.