Jacobite: The Asymmetric Meme Warfare Of “It’s Ok To Be White”

In ‘The Asymmetric Meme Warfare Of “It’s Ok To Be White”’, Nathan Duffy provides a good analysis of why this particular meme resonates so deeply and has been such a success:

The memetic hivemind of the right-wing message board /pol/ recently found that magic touch, striking gold with their “It’s OK To Be White” meme. On the surface, this could be mistaken as a weak-kneed plea for tolerance. It’s only OK to be white? Something like “It’s Great to be White” would be more provocative, while not being any different from the ethnic pride afforded to minority groups, right?

But the gifted meme-makers peer beyond these shallow waters to greater depths. Not content to spread a viral “message,” they instead make the message an expected response in the real world. The more tame and inoffensive the message, they realized, the more absurd the outcry surrounding it would be.

Like the performance of some sort of digital Andy Kaufman, the final product isn’t the meme itself but the process of enveloping the audience in the act. It’s eliciting a second-order reaction: a response from normal people to the pearl-clutching of hall monitors. But how could anyone anticipate a freakout over a message as anodyne as “It’s OK To Be White”?

That is a matter of understanding the psychology of the of militant progressives intent on policing thoughtcrimes. Observing the usual pattern of responses to messages in public spaces containing the slightest departure from their approved orthodoxy, these intrepid memers figured out that anything that references whites while not being hostile to whites, anything benign, would be enough to trigger a hysterical response from many in this faction…

Scrolling through the hundreds of replies (many of which are from trolls themselves who know the plot and are part of the act, as it were, but also many that are not) one sees the ubiquitous response: “OK.. and? Is it not OK to be white?”

And there it is: a massive coup in the meme wars. The only winning defense strategy available here would have been to ignore the provocation, but these sorts are pathological and can’t help themselves. And the meme warriors knew this. What distinguishes this meme campaign, and other successful ones like it, from those that fall flat, is the precise insight into the enemy’s psychology and the ability to exploit it. 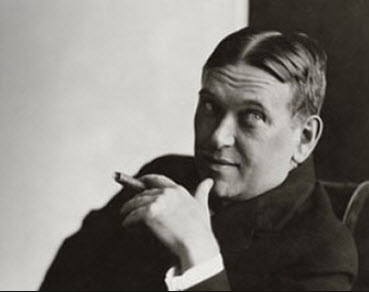 But does such a brilliant meme campaign have any effect beyond making some manipulable foils look foolish and some laughs? It probably does. Given the scientific research in recent decades into cognitive biases and belief formation, doubt has been cast on the usefulness of reason in service of persuasion. We know that evidence and sound arguments aren’t particularly effective at changing hearts and minds. But a meme, or in this case a meme plus the tableaux created by the circumstances surrounding it, is not an argument per se. It has the capacity to be more visceral, less abstract, and thus more alluring and compelling…

While the Left still has many means of propaganda at its disposal—the universities, mainstream media, Hollywood—if they continue to lose the meme war to the jesters on the technological front, they are in for a bad time. As H.L. Mencken once put it, “one horse-laugh is worth ten-thousand syllogisms.”

This entry was posted in Alt-Right, Anti-White, White Identity. Bookmark the permalink.