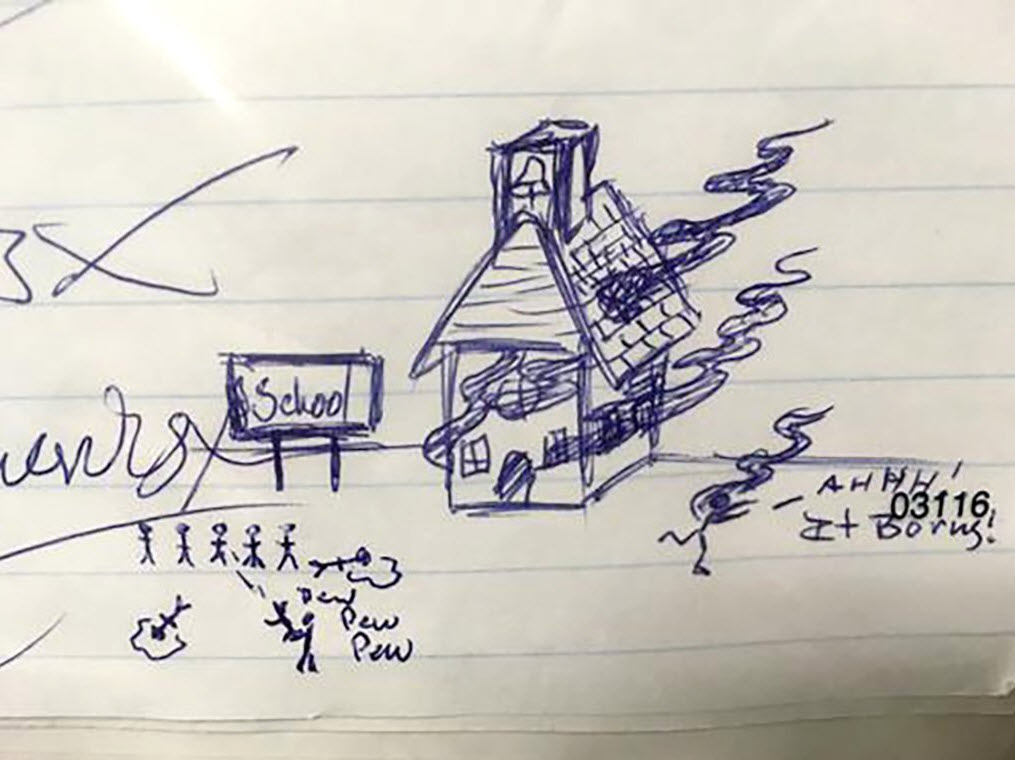 It was a “disturbing” scene of school violence, the authorities said. Five students were lined up in a row to be shot by a gunman, with two others already on the ground in pools of blood. Another figure, ablaze, ran from a schoolhouse that was going up in flames.

The words “pew, pew, pew” mimicked the sound of bullets being fired in rapid succession.

These were the images that a teacher at Port St. Joe Elementary School in northwest Florida found scrawled in pen on a fourth-grade student’s homework assignment on Friday. 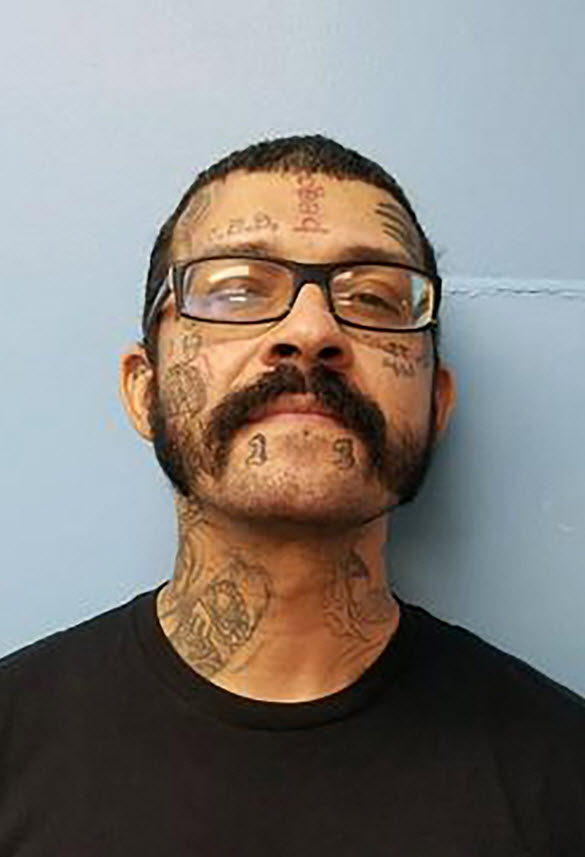 The school called the authorities, and the student’s stepfather, Robert Paul Alexander Edwards of Mexico Beach, Fla., was arrested later that day, according to a statement from the Gulf County Sheriff’s Office and an affidavit obtained on Monday.

Based on the tattoos on his chin, I’m guessing “13” is his lucky number.

There’s no mention of this guy’s immigration/citizenship status.

This entry was posted in Hispanics, Immigration, NYT. Bookmark the permalink.