I confess I haven’t read up on the Senate tax bill’s details, but the very fact that it is sending the NYT into conniptions (even instructing its readers to call certain Senators) almost abnegates any concern I might have.

And notice how the NYT appears more concerned about the status of wealtheir Blue State residents. This is where the Liberal Establishment is today: more concerned with the well-being of rich (but progressive) blue folks than of poor (but deplorable) red folks. 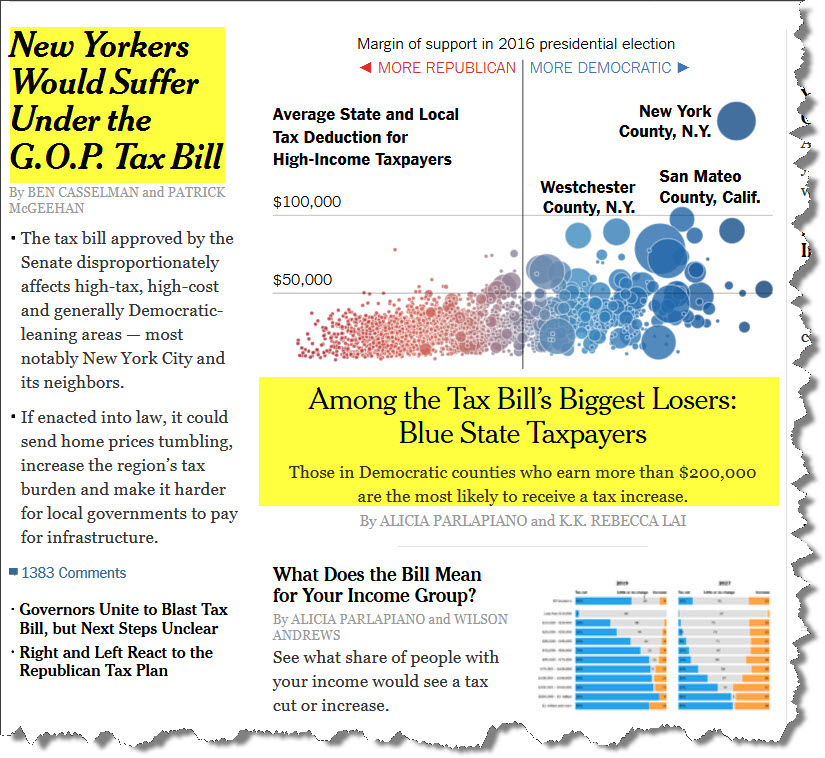 This entry was posted in National, NYT. Bookmark the permalink.