NYT: “The State of the (White Nationalist) Union”

It’s the day after SOTU, so the NYT naturally gives precious SOTU-related op-ed space to Kashana Cauley (“The State of the (White Nationalist) Union”):

This fatalist, white nationalist view of the world is a reminder that if last night was about unity, Mr. Trump cares to unite only white Americans.

The piece is accompanied by a picture of Dems wearing tribal Kente colors, which I find creepy, like a racialist South African, all-black party ready to chant “Kill the Boer!”

As a whole, the Dem side of the aisle increasingly resembles the Star Wars cantina scene. 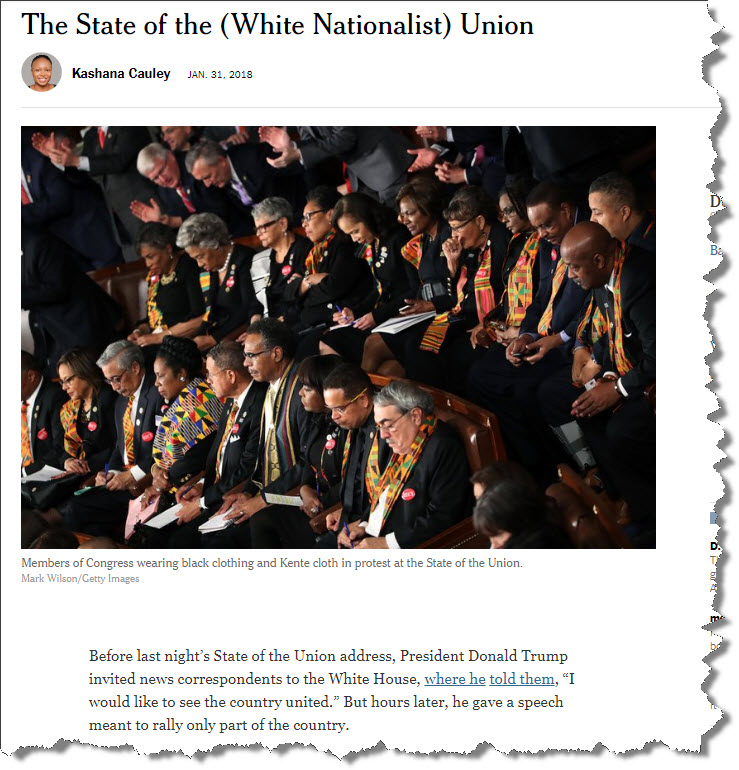 This entry was posted in Anti-White, Black, Democrat Party, NYT. Bookmark the permalink.