The ‘ripped from the headlines’ Law & Order shows have always been an outlet for liberal fantasies, but this summary of a new Law & Order: SVU episode demonstrates just how unhinged the Left has become.

This episode has it all: an Ann Coulter-like pundit provocateur is at an event, where Antifa and MAGA conservatives clash. The Coulter-clone gets raped after the event, with physical evidence pointing solidly to an Antifa member.

At one point in the episode after the rape, the fuzz interviews an Alt-Right guy who was at the event, providing informal security for the Coulter clone. He is the founder and self-proclaimed ‘Grand Wizard’ of a group called Patriots for the American Way who actually says at one point “… when we make America great again”. See what the NBC ((((writers)))) did there?

The gloves are off, folks. 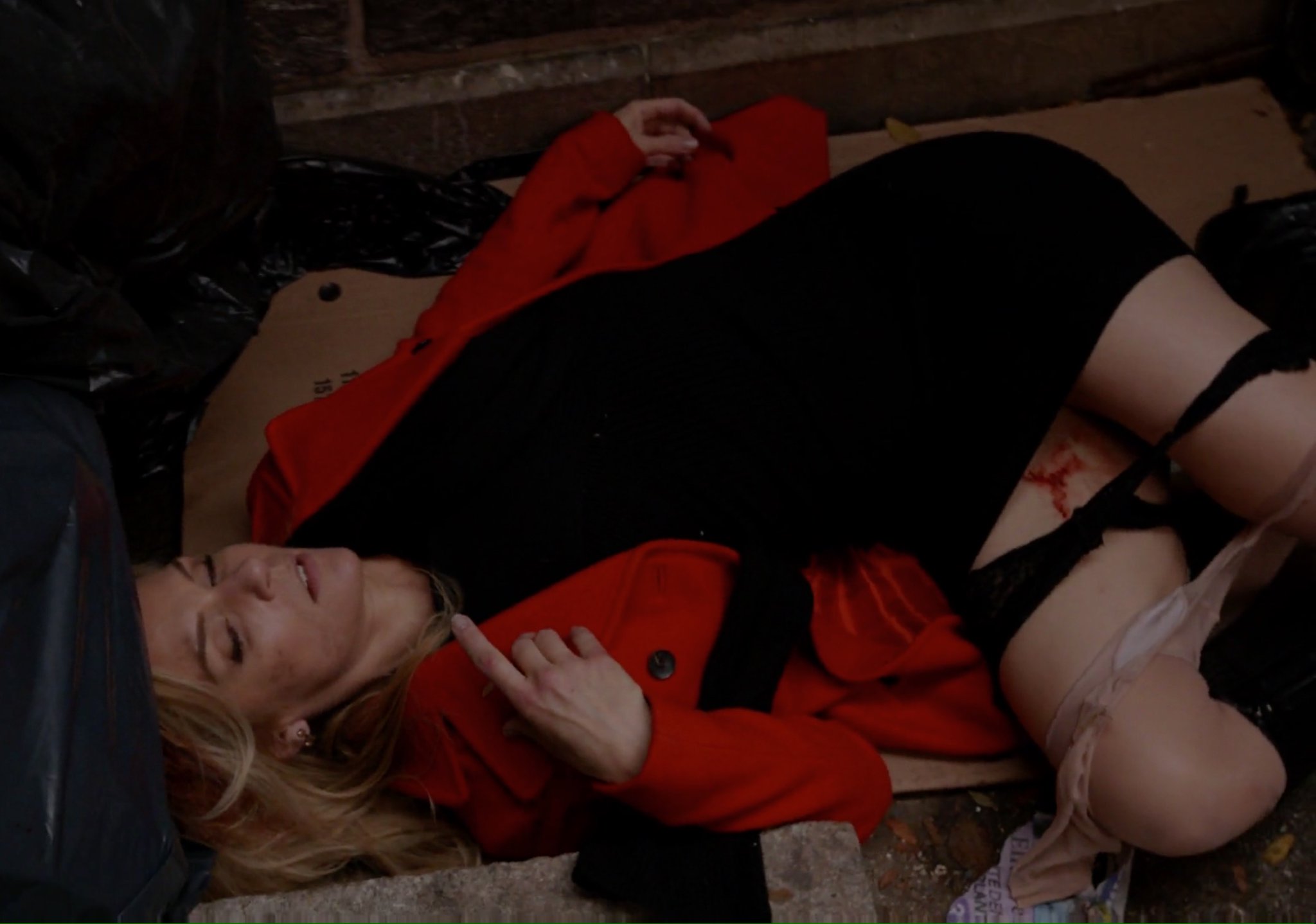 The Left’s Fantasies: a still from the episode.

This entry was posted in Culture Wars, Hollywood. Bookmark the permalink.