#MeToo’s Next Step: “The Gray Areas”

In Jezebel, there’s an article/column (there’s little distinction between the two on that site) that is a goldmine of absurdity, albeit a natural trajectory, for the #MeToo Harpies (“The Next Step for #MeToo Is Into the Gray Areas”).

Written by the unhinged Julianne Escobedo Shepherd, Jezebel’s Editor in Chief, the piece begins with boilerplate stuff about the inherent sexism of due process, wherein “alleged abusers are, in all contexts, held by default to be innocent until proven guilty and so, logically, all victims are liars until proven otherwise.” But where this article gets really mind-blowing is in its forecasting of where the Screeching Harpie Movement needs to go next:

Yet #MeToo’s next direction is toward a deeper look at some of the most common and harder-to-define experiences. It’s looking toward a more equitable world in which women and other marginalized genders can live less fearfully, by digging deeper into the gray areas and educating all of us about the harm they perpetuate…

Shepard wants the woke feminist movement to begin “moving the lines so that all sexual maltreatment is considered socially unacceptable, whether or not it’s punishable by the legal system.”

The White Pill in this article is the salacious details of #MeToo pagan witches eating their own male allies, due to ever-unrealistic standards of male behavior and the eradication of anything resembling female agency and responsibility, as well as formal due process. The piece focuses on Jack Smith IV, a radical SJW (who has long targeted Alt Right figures) who has been fired from his SJW publication job at Mic because of it. As far as his pedigree, Smith has all the right SJW bona fides: 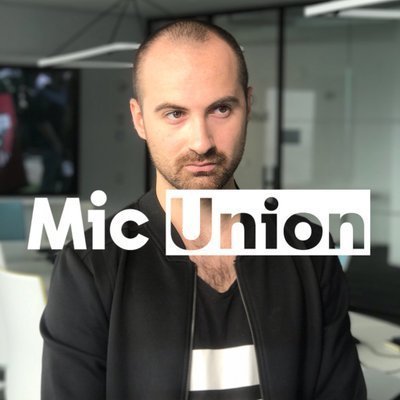 Jack Smith IV has made a name for himself over the last year and a half as a senior writer and correspondent covering the extremist right for Mic, a website known for its progressive takes on social justice. His 2017 arrest while covering the Standing Rock protests was a key moment that raised his profile, and he has capitalized on it, writing about incels, MRAs, and neo-Nazis; helming videos about racism and xenophobia; tweeting to his nearly 45,000 followers about the next white supremacist rally in Charlottesville and Milo Yiannopolous; and publicly speaking about, and positioning himself as an authority on, issues of misogyny.

Smith is the model of a type of journalist who has flourished in the age of #resistance: Defiantly left, he is fluent in the discourse of privilege, and has supplemented his writing and video hosting slots with his ability to exploit social media to garner as much attention for himself as the causes he supports. He is ensconced in media circles, and well-known across a certain cross-section of progressive journalism. (A recent former roommate is a staffer at Gizmodo, Jezebel’s sister site.) His reporting offers his audience less new information or a unique perspective but rather a straight white man who has allied himself with the marginalized. His visibility has landed him plum hosting gigs, including this segment on WNYC in which he discusses “virulent misogyny,” and incels and their relation to the #MeToo movement. He has been the host of For the Record, a Mic show in which he speaks authoritatively about “racism, sexism, and bigotry of all sorts.” On August 7, Smith appeared on a PBS show called The Open Mind with Alexander Heffner, in which the host described him as “one of the leading chroniclers of the modern age fascist and anti-fascist movements”

So, with all his Woke posturing and virtue-signaling, what’s the problem?

Multiple women, though, say that Smith’s public persona doesn’t square with his behavior toward them. In a series of individual conversations with Jezebel, they have painted a picture of someone whose behavior is in sharp contrast to what would be expected of a fierce public advocate for progressive politics.

Did he rape anyone? Nope?

His sin was alleged “emotional abuse, manipulation, and gaslighting.” Jezebel reports that “three of these women say independently of one another that these tactics led to coercive sex.”

Now, when one reflects on the term “coercive sex”, one typically envisions some form of physical restraint involved or the unmistakable threat of violence if the woman is unaccomodating. Not so with #MeToo’s ever-widening definition, which will soon make all the norms of courtship and dating various forms of abuse. The Jezebel piece cites this surreal governmental definition, from a Clinton-era created department, to support their jihad:

The United States Government Office on Women’s Health defines sexual coercion as “unwanted sexual activity that happens when you are pressured, tricked, threatened, or forced in a nonphysical way. Coercion can make you think you owe sex to someone. It might be from someone who has power over you, like a teacher, landlord, or a boss. No person is ever required to have sex with someone else.”

As comedian Aziz Ansari discovered earlier this year, awkward sex after a date can now qualify as ‘abuse’ and/or ‘sexual assault’. In the case of Smith, the ‘victims’ here all appear to be female SJW colleagues he had consensual sex with:

Of the five women Jezebel spoke with on the record about Smith, all but one are journalists and writers; Jezebel is granting three of them pseudonymity because they fear both professional and personal consequences. Two of the women say they were drawn to Smith’s leftist persona and clout on social media. Erica Kay—who has chosen to use her real name and was the first known public accuser of Smith, via an August 2017 Twitter thread—tells Jezebel that during a sexual relationship with Smith from 2014 to 2017, which began when they met in college and continued well after they graduated, their encounters included instances of forceful sex she now describes as “coercive.” “Jenny” describes being pressured into sex with Smith while they were high on weed; “Nina” says Smith coerced her into sex after an hours-long barrage of emotional abuse and manipulation; and Becca Schuh (who has chosen to use her real name) describes emotionally manipulative interactions with Smith that she says created a climate of anxiety and fear.

In the Tinder age, the elimination of alleged gaslighting is part of #MeToo’s brave new world:

Nina is blonde, thin, and stands a little over 5’3”. She told Jezebel that she first matched with Smith on Tinder. She said that their first two dates seemed normal, if intense. “Both times, we did have a connection,” she said, and on their second date, on May 19, they had consensual sex. For a few days after, they didn’t see each other because of conflicting schedules; after Smith was unresponsive to several text messages, Nina said she attempted to end their brief relationship, saying it was clear it was going nowhere. Smith texted later, writing, “I’m surprised you couldn’t sense my interest in you; you’re very sensitive to praise (not a criticism).” Nina responded, “ahh, i’m sorry, maybe a lot of this was in my head!! we texted a lot over the weekend and then the quick fall-off/non-replies to the two times i asked you if you were still into it got me thrown off.” She would later characterize this as Smith’s first attempt to gaslight her, by ignoring her and then making her feel that she had interpreted his lack of response incorrectly.

As is a man yelling at a woman:

“I told him his body language was intimidating me,” she says, “and not to yell at me, to which he said, ‘This isn’t yelling.’”

Nina was still upset, she says, and didn’t want to have sex, but didn’t say no because she felt she “had something to make up for.” She panicked, she says, and told him to get a condom from a drawer. She says she froze up and “was so disgusted I just wanted to rip my skin off,” but told him to be rougher “because I just wanted to build distance from myself [during] it.” She now describes what happened as “coercive sex.”

Heartiste would have a field day deconstructing these female SJW victimization accounts, as well as their penchant for bad boys and rough sex:

Kay, who has also spoken about Smith on two separate episodes of her relationship podcast, The Ex Files, tells Jezebel that she dated Smith in 2014, when they were both students at Montclair State University. She says they broke up that same year but continued having a sexual relationship for roughly three years afterwards. She says that their interactions consisted primarily of forceful sex, which she now identifies as “coercive,” and that he employed tactics of control and manipulation, including an unwillingness to have sex with her unless she wore a specific eye makeup. (“I would be forced to put that makeup on before anything happened between us,” she tells Jezebel.)

Not only was the consensual rough sex a form of ‘abuse’, but Smith’s mild fetish for a specific eye makeup is further ‘abuse’. In another context, Kay adds: “Not every time was coercion, and I obviously wouldn’t have stayed with him if literally every time I didn’t want to have sex with him at all.”

The rules, it appears, can be bent and modified at will… by females.

Of yet another SJW woman Smith (who appears to have real game) bedded:

Smith then “pressured” her into sex in a way that made her uncomfortable, she says, and penetrated her without a condom or asking if it was okay. They had sex twice again, later that night and in the morning, both of which were consensual.

Of yet another SJW chick he bedded:

“I was into him for a very long time and took me a really long time to contextualize the things I had learned about him. I was at a point where his approval and desire for me was the only [thing] that mattered and I don’t know if that’s necessarily relevant, but I personally think that relates to the manipulative aspects of everything.”

Has #MeToo entered an Ouroboros cycle, with its mouth now devouring its tail? It would seem the movement is heading in a direction that seeks to eliminate all vestiges of female agency. Women become, practically speaking, inert objects who don’t choose or do, but are chosen and only have things done to them.

Furthermore, in the modern era of sex-as-purely-physical-transaction, #MeToo seems to be painting women as emotional roller coasters, easily ‘coerced’ and ‘psychologically abused’ by manipulative men, with low-threshold bouts of crying and neuroticism ensuing.

None of which are very feminist ways of framing things.