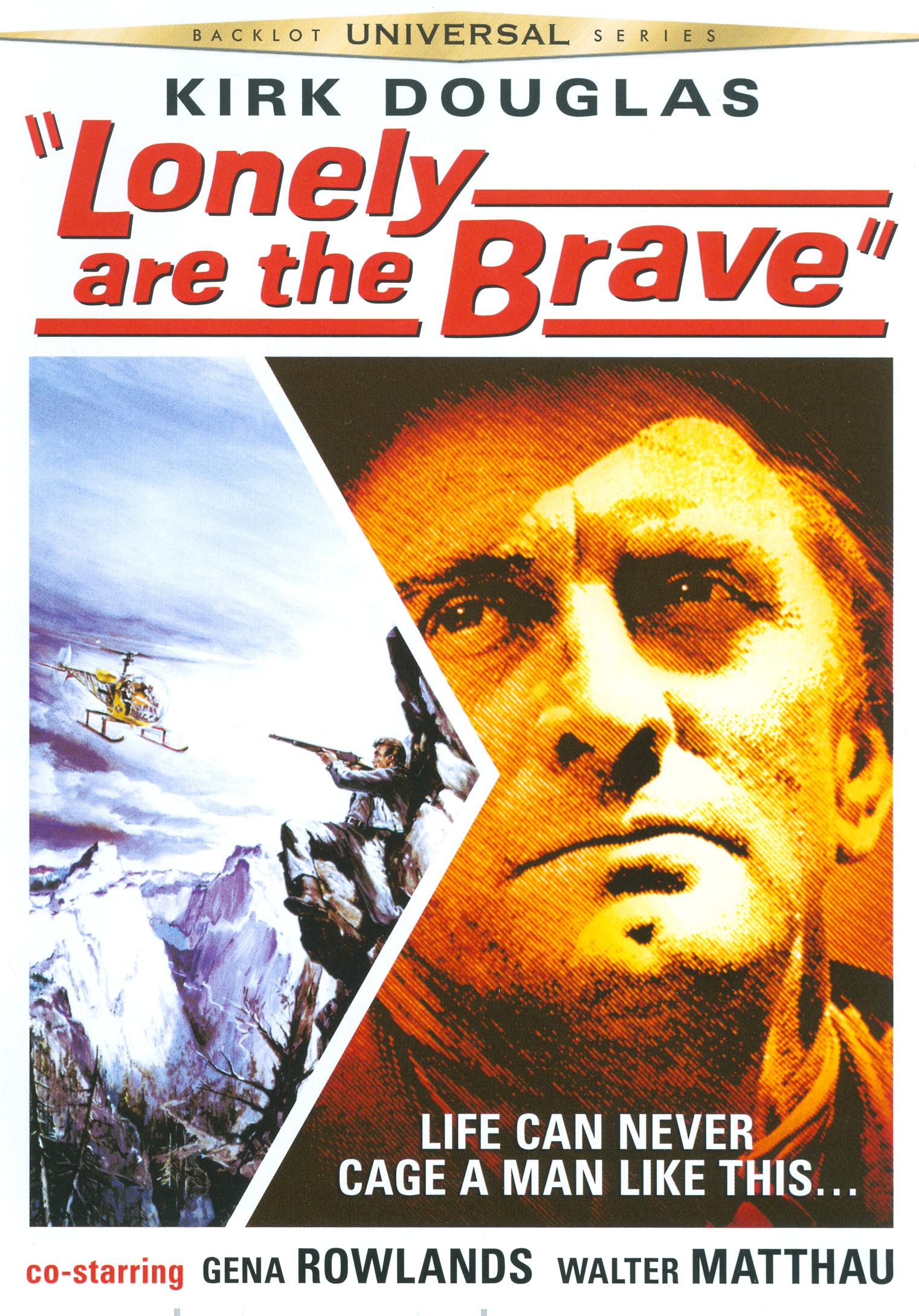 Of his own work in the movies, Lonely Are the Brave (1962) was Kirk Douglas’s favorite film, and for good reason. Douglas secured the rights to the film after reading the source novel, The Brave Cowboy (1956) by Edward Abbey, and proceeded to make the film through his own production company, Joel Productions, after making a production deal with Universal Pictures.

A couple of years earlier, Douglas, as the production force behind Spartacus (1960), hired blacklisted communist sympathizer Dalton Trumbo to write the screenplay, and effectively ‘broke’ this blacklist by having Trumbo’s name, rather than a pseudonym, placed in the movie’s credits. After the success of that film, Douglas hired Trumbo to pen a screenplay for Lonely Are the Brave. In the source novel, the Paul Bondi character is sentenced to 2 years in prison for refusing to register for the draft, while in this movie adaptation, Trumbo changes the reason to Bondi having aided some illegal immigrants from Mexico. Despite this, and the screenplay’s romantic symbolism of borders being ‘against’ man’s nature, etc (which would normally get me to knock off at least a half-star from my score of the film), Trumbo’s raw talent as a wordsmith makes up for it.

The film is wonderfully directed by David Miller (whose spotty career has only the noir classic Sudden Fear (1952) as another high point), with crisp, black & white cinematography by Philip H. Lathrop, and a terrific soundtrack by the legendary Jerry Goldsmith. With both its theme of modernity eclipsing the way of the cowboy, and its overall aesthetic, Lonely Are the Brave has several similarities with Peter Bogdanovich’s excellent film The Last Picture Show (1971).

In his performance as cowhand drifter and loner Jack Burns, Kirk Douglas gives arguably his greatest, and certainly his most nuanced, performance of his career. Much of his performance here consists of the non-verbal: through body language and facial expressions. But Douglas also gets to deliver fantastic lines such as (to the police), saying glibly and with a carefree smile: “I don’t need [identification] cards to figure out who I am, I already know,” or, to his old flame Jerri Bondi (a young Gena Rowlands):

Jack Burns: ‘Cause I’m a loner clear down deep to my guts. Know what a loner is? He’s a born cripple. He’s a cripple because the only person he can live with is himself. It’s his life, the way he wants to live. It’s all for him. A guy like that, he’d kill a woman like you. Because he couldn’t love you, not the way you are loved.

Rounding out the primary cast is Michael Cane as Paul Bondi; the always-terrific Walter Matthau, perfectly cast as a seasoned, gum-chewing sheriff; a menacing George Kennedy as a sadistic jailhouse deputy; and Carol O’Connor as the weary ‘cowboy’ of the modern world, living an arduous and lonely life on the road behind an 18-wheeler.

Unfolding at a languorous pace, Lonely Are the Brave is a movie I know I’ll reflect upon for years to come, and that I’ll surely re-watch in the future.

The last moments of this movie, with Jack Burns unable to speak, and expressing worry about the condition of his horse solely through his eyes, got me teary-eyed myself.