In “Visualizing Neoreaction“, the Habitable Worlds blog has an interesting post on the growing smorgasbord of ‘neoreactionary movement’ (of which the blog of yours truly would be defined as). Hat tip: HBD Chick.

It’s a sign of maturity that the neoreactionary movement has begun to go “meta” on itself. Scholars of the Dark Enlightenment are beginning to ask self-reflexive questions about who they are, where divisions lie, and what it all means.

1. AnomalyUK frames neoreaction as a critique of the abstract ideals of democracy, justice, and equality.

4. At Thumotic, Frost categorizes neoreactionaries as secular, Christian, and nihilistic.

Best of all, Habitable Worlds provides a ‘topography of Neoreactionary Space’: 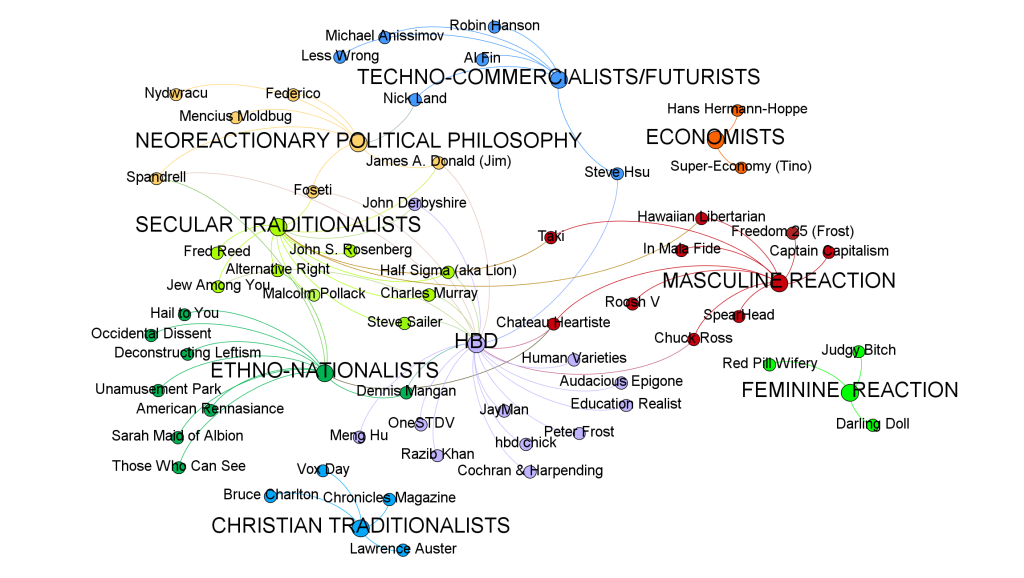 This entry was posted in Dark Enlightenment, Philosophy, White Identity. Bookmark the permalink.