The superb site Counter-Currents (a fave of mind) is featured in a WaPo article with the click-baity title “Amazon, PayPal and Spotify inadvertently fund white supremacists. Here’s how.” by Caitlin Dewey. (More on the WaPo story at Counter-Currents.) From Dewey’s piece:

Counter-Currents.com, a Web site you probably do not encounter in your standard Internet travels, exists to advance the books of noted neo-Nazis and the creation of an all-white nationalist state.

But for the past five years, Amazon and Counter Currents have been entwined in a little-seen symbiosis: Counter Currents belongs to Amazon’s Affiliates program, which means it funnels traffic to the Amazon store. In exchange, Amazon sends Counter Currents a percentage of the sale — 7 percent or more. 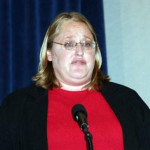 And according to Heidi Beirich, who directs research at the Southern Poverty Law Center, a noted civil-rights advocacy group, it’s only one of a number of white supremacist groups that Amazon inadvertently funds through Affiliates…

“These are normal, corporate businesses,” a frustrated Beirich said, “and they’re providing services to the white supremacy movement.”

The piece celebrates Jewish progressives’ successes in shutting down, rather than having, debate:

The SPLC’s recent victories would seem to bear that out: iTunes recently took down albums from several bands that promoted violence against Jews and African Americans, but those bands’ albums are still available on eBay, Amazon and nsm88.org (“the largest and most active National Socialist party in America today”), among other sites; in 2013, PayPal suspended the accounts of both Stormfront and the Vanguard News Network. Those sites are still online.

At this time last year, both VDARE, a radical white nationalist site, and Pioneer Little Europe, which advocates the creation of all-white communes, were using Amazon and PayPal — and begging their users to do the same, the SPLC reports.

Even though PLE is now soliciting donations by snail mail, it’s still publishing on topics like “do whites in South Africa have human rights?”

It’s still publishing such racist tripe?! Why, to even broach the subject is itself racist!

There’s a kernel of candor in this quote from Brian Blakemore, of the Police Sciences division at the University of South Wales:

“I guess the question for Paypal and Amazon is, which organisations do they listen to when they are lobbied to remove an offensive product or service?” Blakemore told The Post by e-mail. “It could be argued by them that the SPLC is just a lobby group like any other and if you listen to one you listen to them all. … It’s a rather weak argument in my mind, but there you are.”

But that is quickly alleviated by Dewey’s final stretch of outright journalistic activism, complete with a gratuitous plug (aka marching orders for her readers) for Change.org:

There’s a principle at play here, too, Beirich says: Amazon, PayPal and Spotify have policies against hateful and racist speech. Why aren’t they enforcing them? And why isn’t anyone else complaining? Internet activists petitioned Apple for diverse emoji and boycotted Facebook over a mood status for “fat,” but the petition-site Change.org is silent on subjects like payment processing for groups that advocate “white hegemony.”

That leaves Beirich and her team to sound the alarm from Montgomery, Ala., calling Silicon Valley offices and navigating voicemail webs and waiting for replies that rarely satisfy — if they come at all.

You can practically hear “We Shall Overcome” playing in the background.