Candidates take moral ‘high roads’ until, of course, their own political existence is threatened, at which point it suddenly becomes okay for them to act like DT.
It’s similar to how, as DT himself pointed out yesterday in his CNN interview with Anderson Cooper, western powers wring their hands about water-boarding, while ISIS, amidst cutting off heads of Christians, laughs at us for such trepidations, unless of course those Western powers are up against the wall… in which case they drop an atomic bomb on Hiroshima or brutally carpet bomb Dresden.

With his back against the wall two weeks ago, Rubio first tried acting like DT with a series of DT-like insults (despite having previously characterized such insult-slinging as undignified.)

That backfired, so now Rubio is playing the only card he has left… the Race Card™.

HIALEAH, FLA. – He couldn’t have made it any plainer, in English and then in Spanish: Marco Rubio needs a massive turnout in heavily Hispanic cities like this one if he has any chance of remaining in the presidential race.

From a stage in the end zone at a football field, Rubio – and a parade of local, mostly Cuban-American politicians implored the crowd to back the Florida senator, who finds his dream of the White 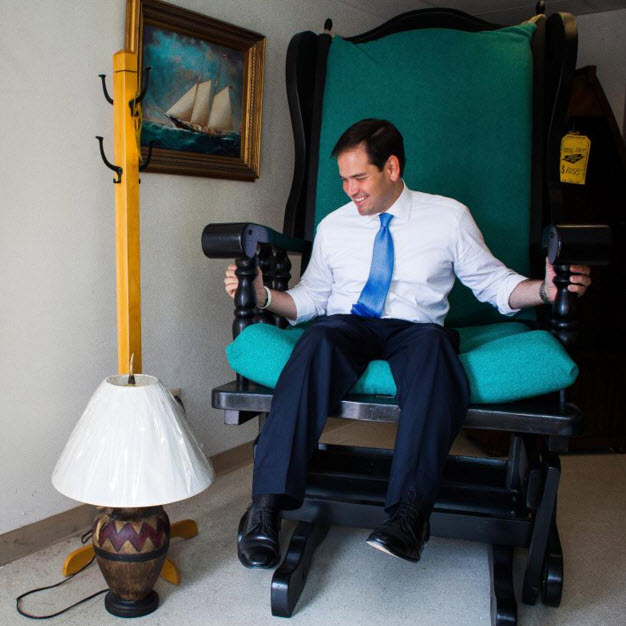 House fading as he’s failed to notch victories in other primary states.

“We have to win here in Florida,” said Rubio, who trails Republican front-runner Donald Trump in Florida, but hopes to blunt him with support here. “We always knew it was going to come down to Florida.”…

Before Rubio took to the stage, an array of local politicians in English and Spanish, made it plain that Rubio needs blockbuster turnout in the heavily Cuban American area to survive. They appealed for support for Rubio as a local son, and one of Cuban immigrants.

This entry was posted in Hispanics, Republican Party. Bookmark the permalink.