Since Friday, it’s been astonishing to watch the global elites (and their cohorts in the media) in complete shock and disbelief about the vote. They are still largely oblivious to the primary reason why…. immigration… and what this portends for the whole of Europe and the future of progressive ‘globalism’.

The next huge shock the global elite will get is when Marine Le Pen (of the evil dastardly National Front party) is voted President of France.

Ms. Le Pen has has an op-ed in the wretched NYT titled “After Brexit, the People’s Spring Is Inevitable”:

Brexit won out, defeating all forecasts. Britain decided to cast off from the European Union and reclaim its independence among the world’s nations. It had been said that the election would hinge solely on economic matters; the British, however, were more insightful in understanding the real issue than commentators like to admit.

British voters understood that behind prognostications about the pound’s exchange rate and behind the debates of financial experts, only one question, at once simple and fundamental, was being asked: Do we want an undemocratic authority ruling our lives, or would we rather regain control over our destiny? Brexit is, above all, a political issue. It’s about the free choice of a people deciding to govern itself. Even when it is touted by all the propaganda in the world, a cage remains a cage, and a cage is unbearable to a human being in love with freedom.

The European Union has become a prison of peoples. Each of the 28 countries that constitute it has slowly lost its democratic prerogatives to commissions and councils with no popular mandate. Every nation in the union has had to apply laws it did not want for itself. Member nations no longer determine their own budgets. They are called upon to open their borders against their will.

Countries in the eurozone face an even less enviable situation. In the name of ideology, different economies are forced to adopt the same currency, even if doing so bleeds them dry. It’s a modern version of the Procrustean bed, and the people no longer have a say.

And what about the European Parliament? It’s democratic in appearance only, because it’s based on a lie: the pretense that there is a homogeneous European people, and that a Polish member of the European Parliament has the legitimacy to make law for the Spanish. We have tried to deny the existence of sovereign nations. It’s only natural that they would not allow being denied…

Brexit may not have been the first cry of hope, but it may be the people’s first real victory. The British have presented the union with a dilemma it will have a hard time getting out of. Either it allows Britain to sail away quietly and thus runs the risk of setting a precedent: The political and economic success of a country that left the European Union would be clear evidence of the union’s noxiousness. Or, like a sore loser, the union makes the British pay for their departure by every means possible and thus exposes the tyrannical nature of its power. Common sense points toward the former option. I have a feeling Brussels will choose the latter.

One thing is certain: Britain’s departure from the European Union will not make the union more democratic. The hierarchical structure of its supranational institutions will want to reinforce itself: Like all dying ideologies, the union knows only how to forge blindly ahead. The roles are already cast — Germany will lead the way, and France will obligingly tag along…

So the people of Europe have but one alternative left: to remain bound hand-and-foot to a union that betrays national interests and popular sovereignty and that throws our countries wide open to massive immigration and arrogant finance, or to reclaim their freedom by voting. 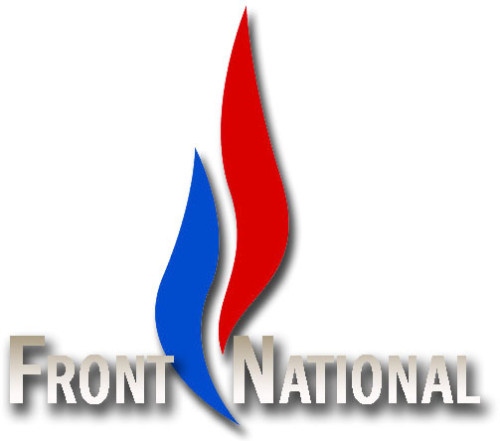 Calls for referendums are ringing throughout the Continent. I myself have suggested to Mr. Hollande that one such public consultation be held in France. He did not fail to turn me down. More and more, the destiny of the European Union resembles the destiny of the Soviet Union, which died from its own contradictions.

The People’s Spring is now inevitable! The only question left to ask is whether Europe is ready to rid itself of its illusions, or if the return to reason will come with suffering. I made my decision a long time ago: I chose France. I chose sovereign nations. I chose freedom.