Another day, another terrorist event in a European city. I was once on this bridge, which is in a heavily touristed part of London.

Five people, including a London police officer who was stabbed and the alleged assailant, were killed in a terror attack that saw more 40 people injured outside the Parliament building on Wednesday…

The Sun has an initial photo of the as-yet unidentified terrorist (hat tip re. photo mod: MB): 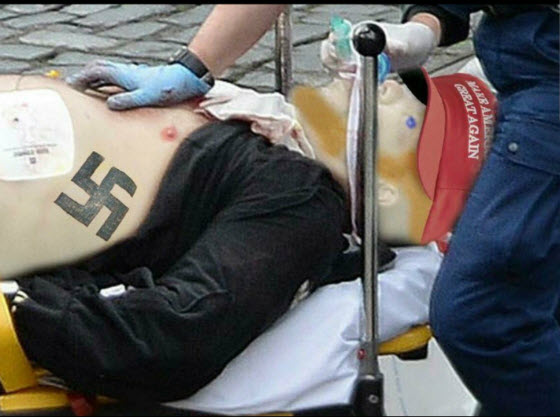 This entry was posted in Immigration, Islam, UK, War on Terror. Bookmark the permalink.