A Crude Sort of Nationalism 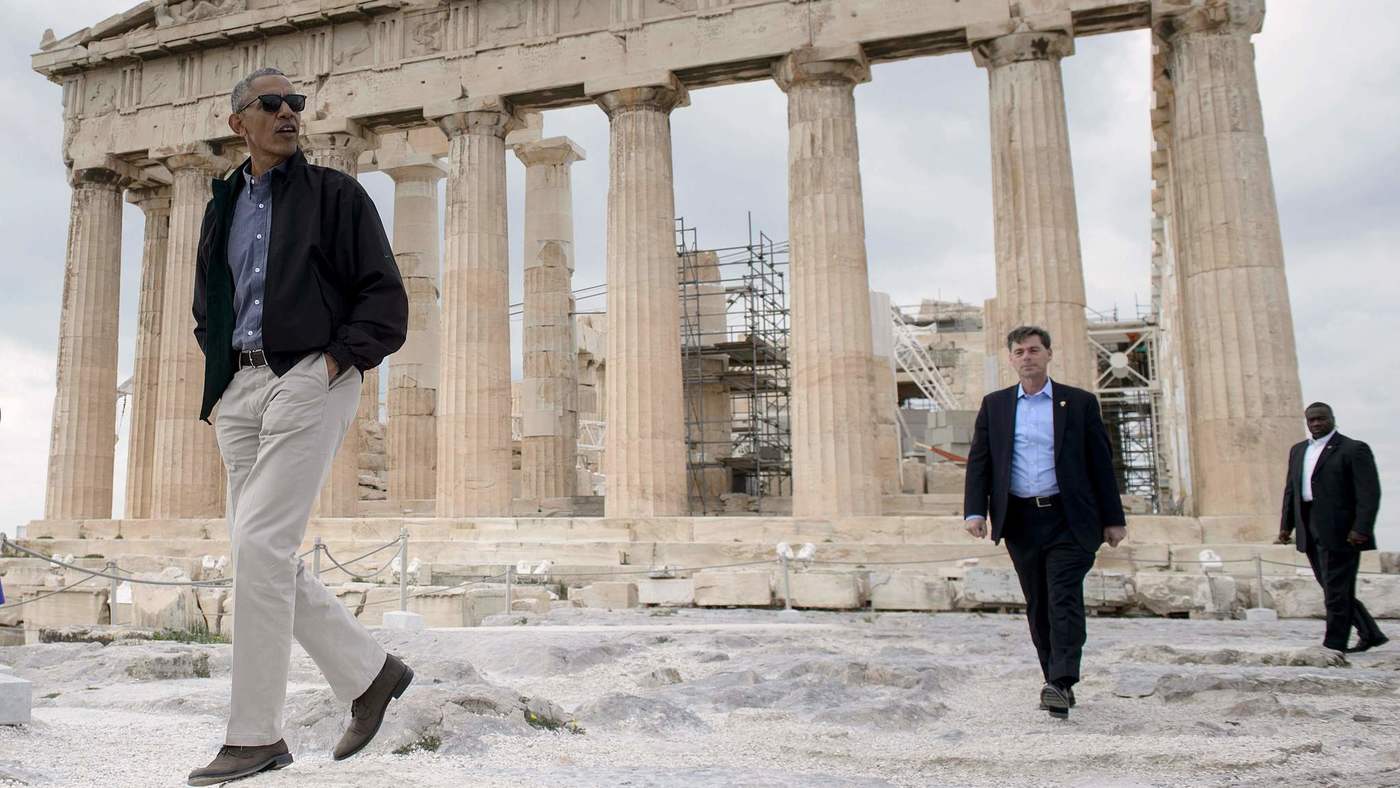 Last week, as you may remember, after being rebuked in The Election of the Century, The Organizer pensively walked around the Acropolis in Athens, the not-too-subtle optics of which screamed: “The weight of Democracy is on my shoulders.”

What was really quite something, however, was his speechifying and moral indignation towards the neo-nationalist wave (basically, a rejection of the multiculturalist model) taking place around the world. From WaPo:

“We are going to have to guard against a rise in a crude sort of nationalism, or ethnic identity or tribalism that is built around an us and a them, and I will never apologize for saying that the future of humanity and the future of the world is going to be defined by what we have in common, as opposed to those things that separate us and ultimately lead us into conflict,” Obama said.

“Take Europe,” he continued. “We know what happens when Europeans start dividing themselves up and emphasizing their differences and seeing a competition between various countries in a zero-sum way. The 20th century was a bloodbath.”…

As Pat Buchanan recently noted in “Is Obama’s World a Utopian Myth?”

But nationalism has also proven to be among mankind’s most powerful, beneficial and enduring forces…

Was that so terrible for mankind?

Out of the carcass of Yugoslavia came Slovenia, Croatia, Bosnia, Macedonia, Montenegro, Serbia, Kosovo. As nationalism called into existence Moldova, Georgia, Azerbaijan and Armenia, it impelled South Ossetians and Abkhazians to secede from Georgia.

Was it not a sense of peoplehood, of nationhood, that drove the Jews to create Israel in 1948, which today insists that it be recognized as “a Jewish State”?

All over the world, regimes are marshaling the mighty force of ethnonationalism to strengthen and sustain themselves.

In his Athens lecture, The Organizer droned on with yet another variation of his ‘guns and religion’ (bitter clingers) explanation of nationalist impulses among a still predominately white country:

“In the United States we know what happens when we start dividing ourselves along the lines of race or religion or ethnicity. It is dangerous. It is dangerous, not just for the minority groups that are subjected to that kind of discrimination, or in some cases in the past, violence, but because we then don’t realize our potential as a country when we are preventing blacks or Latinos or Asians or gays or women from fully participating in the project of building American life,”…

“Globalization, combined with technology, combined with social media and constant information, have disrupted people’s lives, sometimes in very concrete ways,” he said. “But also psychologically, people are less certain of their national identities or their place in the world. It starts looking different and disorienting.”

“And there is no doubt that has produced populist movements, both from the left and the right, in many countries in Europe. When you see a Donald Trump and a Bernie Sanders, very unconventional candidates, have considerable success, obviously there’s something there that’s being tapped into,” he said. “I think at times of significant stress, people are going to be looking for something, and they don’t always know exactly what it is that they’re looking for, and they might opt for change, even if they’re not entirely confident what that change will bring.”

They don’t always know exactly what it is that they’re looking for?

One thing they are certainly looking for, Mr. President, is an end to your sustained, anti-white animus.

This entry was posted in Democrat Party, Left. Bookmark the permalink.