“The world is crying out for a great rock’n’roll band. It has been for ages, man. That’s why the time is right for Beady Eye.” (Liam Gallagher, NME, December 2010) 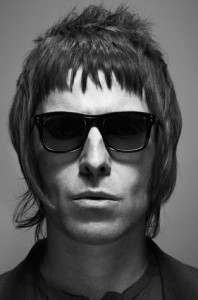 I was late to the Oasis train, I must say, but damn they were really good. I used to write off Liam’s brash cockiness, but sort of love it now.

Beady Eye’s next album, BE, is due out in June and I’m really looking forward to it. My original impression of “Flick of the Finger“, their first single from the upcoming album, was a bit lackluster, though the song has really grown on me.

The second song they’ve just released “Second Bite of the Apple” is promising as well, especially the song’s second half.

If you dig ’60s Britpop, do yourself a favor and pick up Different Gear, Still Speeding. It’s got great, instant-classic songs like:

Their new album comes out June 10th. I’m hoping these guys tour the States. Alas, while music like this still charts significantly in the U.K. (NME is the consummate source for Britpop coverage), it doesn’t make a dent in the U.S.’s charts.

This entry was posted in Music, Uncategorized. Bookmark the permalink.