Brian Williams Repeatedly Lied to You

Brian Williams, the most-watched evening-news anchor on television today, has acknowledged that he falsely claimed to have been on a helicopter that was shot down by enemy fire while on an NBC News reporting trip in Iraq in 2003…

The recounting of the harrowing plane trip was, as it turns out, specious. Brian Williams of NBC News told the military-focused outlet Stars & Stripes in an interview published Wednesday that he was on a different plane that was never under fire and that landed safely about an hour behind one that had.

“I would not have chosen to make this mistake,” Williams said in the interview.  “I don’t know what screwed up in my mind that caused me to conflate one aircraft with another.” The Iraqi incident took place before Williams took over the “Nightly News” anchor desk from Tom Brokaw in 2004.

And yet, as the newspaper determined, Williams has told the false story several times since making the 2003 trip. In promotional releases and in comments made as recently as earlier this month, Williams told and retold a story about how he and an NBC News crew had been aboard a Chinook helicopter that was forced down by rockets and small-arms fire.

I know what ‘screwed up his mind’… his angling for an NBC anchor position, which he eventually got.

If Brian Williams was an FNC anchor, public outrage would swell, the NYT would write one of their anonymous editorials decrying such an offense to journalistic integrity, and Williams would be forced to retire.

Methinx this won’t happen to Brian Williams in the real world of media self-policing. He’ll just “slow-jam” the news with Jimmy Fallon and The Organizer, pull out his trusty suite of purple ties, raise his eyebrow a little higher, and regain ‘hip’ status again. 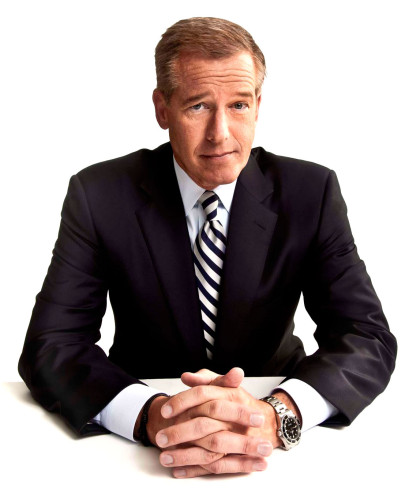