It’s astonishing how obsessed the liberal media is, this many months later, with a singular traffic jam on a bridge.

But, a Christie aide (fired by Christie in January) relishing a traffic jam for political retribution? That warrants Page 1.

Here’s the Jew York Times prominently spiking out one person not even actually affected, Rabbi Mendy Carlebach. (“Christie Allies Joked of Disrupting Traffic at a Rabbi’s House“, by Serge Kovaleski and Matt Flegenheimer.)

Christie, like many (most?) politicians probably does have an ‘enemies’ list, or at least his aides do. And I think it’s safe to say that many on this list are Christian, however irrelevant this fact may be. Should we therefore conclude, nonetheless, that Christie’s aides “target Christians”?

Which brings us to a NYT front page story focusing on Mendy Carlebach. Did his being Jewish have anything to do with why some of Christie’s aides might consider him a pain in their arse? I mean, the main Christie aide serving as the moustache-twirling Oil Can Harry figure in this NYT kerfuffle (again, whom Christie already fired) is named David Wildstein!

Weeks before a manufactured traffic jam at the George Washington Bridge overtook Fort Lee, N.J., at the behest of aides to Gov. Chris Christie, two people central to the scheme jokingly discussed engineering traffic problems at a less prominent site: the home of a rabbi.

“We cannot cause traffic problems in front of his house, can we?” wrote Bridget Anne Kelly, then a deputy chief of staff for Mr. Christie.

David Wildstein, a Christie ally at the Port Authority of New York and New Jersey, suggested that they should think bigger.

“Flights to Tel Aviv all mysteriously delayed,” Mr. Wildstein wrote. (Again, he appeared to be kidding.)

The exchange was revealed in documents supplied by Mr. Wildstein as part of an investigation by the New Jersey Legislature…

Though it is unclear why Ms. Kelly or Mr. Wildstein might have been upset with the rabbi, and though the jam at the rabbi’s house appears never to have happened, the documents lend new context to the highly charged environment in which Mr. Christie’s aides operated, an atmosphere of political paybacks where the planned lane closings for Fort Lee could be joked about as a weapon to be wielded against people who irked or defied them.

“He is Jewish Cid Wilson,” Mr. Wildstein replied, referring to a past candidate for a State Assembly seat. (Mr. Wilson’s Twitter page features many photographs with prominent officials.) [Wilson is a self-proclaimed “Afro-Latino” – Ed.]

Mr. Wildstein added that Rabbi Carlebach “has officially pissed me off.”

Some background on Rabbi Mendy Carlebach and some ‘read between the lines’ context surrounding of the Christie aides’ anger at Carlebach: 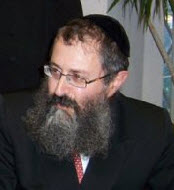 In an interview, Rabbi Carlebach said he was unsure why he might have drawn the officials’ ire. “I am clueless,” he said, adding that he has not had any “bad interactions” with Mr. Christie or any of his aides.

Indeed, Rabbi Carlebach seems to have been in their good graces, at least initially. Since 2011, he has served as an appointee of Mr. Christie on the New Jersey-Israel Commission, a group established in 1989 to promote trade and cultural exchange.

He was among Mr. Christie’s guests during ceremonies held at ground zero 10 years after the Sept. 11 attacks. Rabbi Carlebach and three other rabbis watched from the 21st floor at the unfinished 1 World Trade Center, and he told the website New Jersey Jewish News that the governor “spent a couple of hours mingling with us.”

In 2012, Rabbi Carlebach was part of a group that traveled with the governor to Israel on an “economic mission” to increase trade between New Jersey and Israel. He was also invited to the governor’s official residence, Drumthwacket, to light Hanukkah candles.

Rabbi Carlebach says he has been a longtime supporter of Mr. Christie, and he was listed as a Middlesex County co-chairman in the Jewish Leaders for Christie coalition, according to an email from the governor’s re-election campaign on Sept. 3.

But in the interview, Rabbi Carlebach, who has also served as a chaplain of the Port Authority Police Department, made a distinction between supporting and endorsing a candidate. “I never came out publicly and endorsed,” he said. “I am a clergyman. As a policy I don’t endorse, but I support the governor.”

In a statement on Thursday night, Rabbi Carlebach called his work “apolitical” and said he had worked with “a number of governors and their administrations.”

Rabbi Carlebach said he did not recall whether Mr. Christie or any of his representatives asked him to consider endorsing the governor more explicitly…

So, one might ask, who in the NJ Assembly (and their cohorts outside of politics) made hay of this ‘Mendy Carlebach as potential victim’ meme?

Mr. [Cid] Wilson appeared particularly surprised to find himself mentioned. He wrote on Facebook that he had never met Mr. Wildstein or Ms. Kelly, adding that it was “quite clear that David Wildstein is a psychopath and deeply troubled.”

In an interview, State Assemblyman John S. Wisniewski, chairman of the committee investigating the lane closings, said that the officials’ exchange demonstrated “a juvenile attitude toward responsibility.” Mr. Wisniewski, a Democrat, added that the documents included an acknowledgment that some officials were “engaged in conduct that could potentially lead to their termination.”

The committee’s chairwoman, Loretta Weinberg, a Democrat who serves as the State Senate majority leader, suggested that Mr. Christie himself had “set an atmosphere that this kind of banter was perfectly appropriate.”

Before the governor’s re-election last November, his campaign aggressively targeted the endorsements of Democratic mayors, religious leaders and other groups in the hopes of running up an impressive margin of victory. A prevailing theory about the lane closings is that they were intended to punish the Democratic mayor of Fort Lee, Mark Sokolich, who did not endorse Mr. Christie. The Port Authority controls many of the area’s major airports, bridges and tunnels.

This entry was posted in Jewish, MSM. Bookmark the permalink.