An interesting study reported in The Telegraph:

Britons are still living in the same ‘tribes’ that they did in the 7th Century, Oxford University has found after an astonishing study into our genetic make-up.

Archaeologists and geneticists were amazed to find that genetically similar individuals inhabit the same areas they did following the Anglo-Saxon invasion, following the fall of the Roman Empire.

In fact, a map showing tribes of Britain in 600AD is almost identical to a new chart showing genetic variability throughout the UK, suggesting that local communities have stayed put for the past 1415 years.

Geneticist Professor Sir Walter Bodmer of Oxford University said: “What it shows is the extraordinary stability of the British population. Britain hasn’t changed much since 600AD…

Professor Mark Robinson, of Oxford University’s department of archaeology added: “The genetic make-up we see is really one of perhaps 1400 years ago.”

The extraordinary stability of the British population. Hmmm…. In a hundred years time, England will surely see a new (and expanding) genetic ‘pocket’ whose phenotypes reflect the high immigration rates and high fertility rates of this crowd: 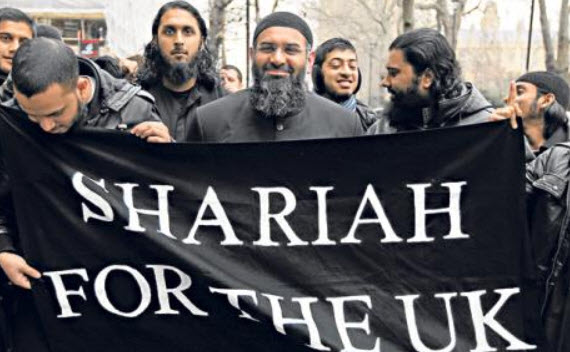 I found this part most fascinating:

And the research has finally answered the question of whether the Romans, Vikings and Anglo-Saxons interbred with the Brits or wiped out communities.

The team found that people in central and southern England have a significant DNA contribution from the Anglo-Saxons showing that the invaders intermarried with, rather than replaced, the existing population.

But there is no genetic signature from the Danish Vikings even though they controlled large parts of England – The Danelaw – from the 9th century, suggesting they conquered, kept largely to themselves, and then left. Only Orkney residents were found to have Viking DNA.

“We found that 25 per cent of the DNA of someone living in Orkney is from Norse ancestry which suggests that when the Vikings arrived the intermingled with the local population rather than wiping them out,” added Prof Peter Donnelly.

There is also little Roman DNA in the British genetic make-up.

This entry was posted in UK, White Identity. Bookmark the permalink.