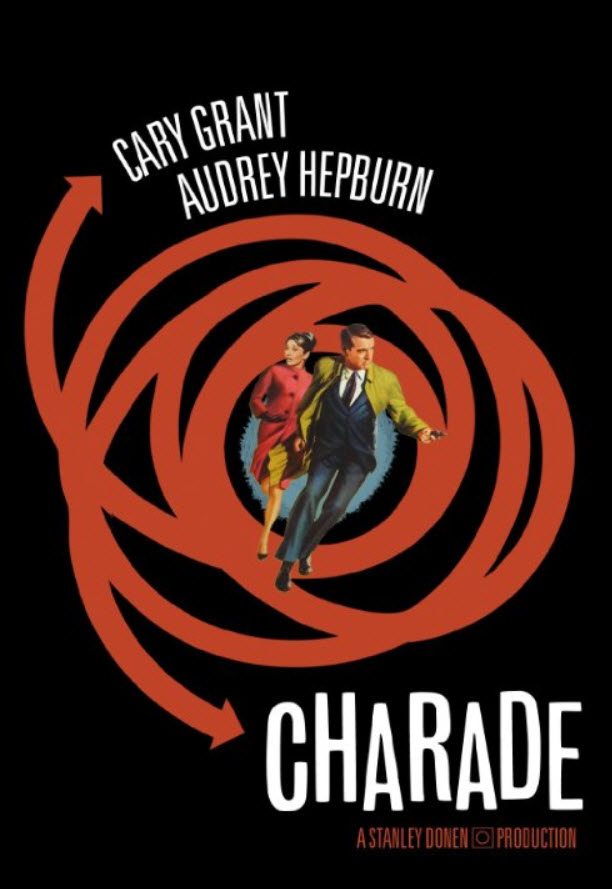 Filmed in Paris, Charade (1963) is a light, semi-comedic, spy thriller directed by Stanley Donen, and which stars Cary Grant and Audrey Hepburn in the leads, with a strong supporting cast including Walter Matthau, James Coburn, and George Kennedy, the latter two really hamming it up.

Of the 25 year age gap between Grant and Hepburn (he was 59, she was 33), something Grant was allegedly sensitive about, Grant, while still the quintessential movie star, shows his age, while Hepburn looks glorious, particularly in some soft lighting shots. Of the chemistry between Grant and Hepburn, one can sense impromptu moments in their interplay, with Hepburn the initiator (and better performer) of the micro-improvisations. I suspect filming was fun, and the set loose, with one outcome being Grant letting down his guard a bit. His effeminate gestures during a comedic shower scene are done with such comfort and apparent familiarity that one can’t help but conclude that Grant was, in fact, gay. Not that there’s anything wrong with that.

It’s an enjoyable film, far from a classic, and with several nods to Hitchcock (especially a rooftop fight sequence between Grant and Kennedy), and a film that capitalizes on the personaes Grant cultivated in such Hitchcock classics as Suspicion (1941) and North by Northwest (1959).