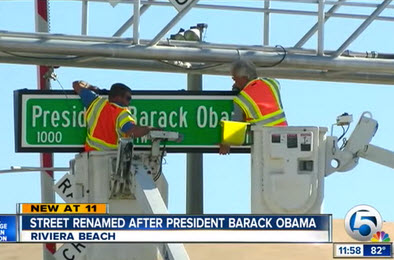 They couldn’t fit “Hussein” in?

This week, a Florida town has renamed the “Old Dixie Highway” to be… drumroll… the “President Barack Obama Highway”.

Now, Barack Obama Highway runs through the Florida city, at one point intersecting Rev. Martin Luther King Jr. Highway. “Today we are stepping up to a new day, a new era, and replacing Old Dixie with Barack Obama, who represents change,”  Masters said.

So, someday someone in the future might actually say: “Meet me at the corner of Obama and MLK.”

Meanwhile, the fine young cannibals at Oxford want to eliminate any visible icons of Cecil Rhodes, for its ‘violent symbolism’. 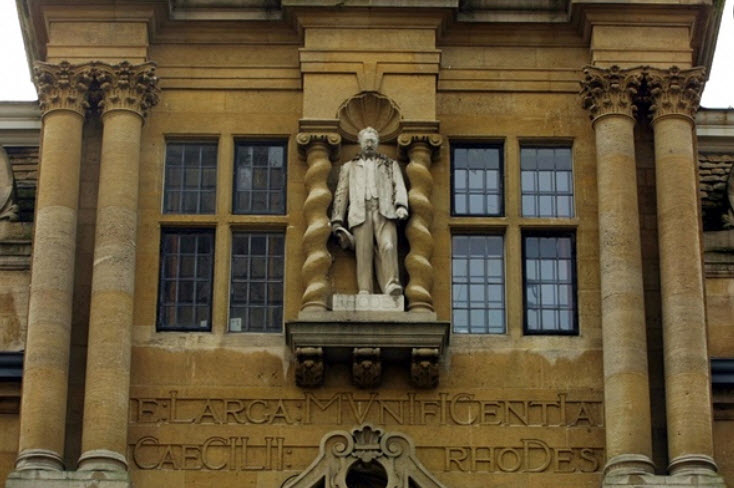 But the college acknowledged that the statue could be seen as “an uncritical celebration of a controversial figure, and the colonialism and the oppression of black communities he represents: a serious issue in a college and university with a diverse and international mix of students and staff, and which aims to be a welcoming academic community”…

But, wait. Isn’t the building in question one that Rhodes built for the College?

And isn’t Oxford a beneficiary of the famous Rhodes Scholarship?

Oriel said the programme Rhodes endowed had given nearly 8,000 scholars from around the world the opportunity to study at Oxford. “But Rhodes was also a 19th-century colonialist whose values and world view stand in absolute contrast to the ethos of the scholarship programme today, and to the values of a modern university,” the statement said.

The campaign to remove dedications to Rhodes from Oriel was sparked by a similar campaign at a university campus in South Africa, where Rhodes is seen as the embodiment of 19th-century colonialism in Africa. A statue of Rhodes was attacked and later taken down as part of a concerted campaign by the University of Cape Town students, named #RhodesMustFall.

Perhaps Oxford should return its Rhodes Scholarship money back to the Rhodes family. After all, it’s ‘dirty money’ tainted by Rhodes’ dastardly racism and colonialism.

The Left’s expunging of white memory and history (“safe spaces!”) reminds me not only of Stalin, the oft-cited and duly warranted comparison, but also of ISIS, given the latter’s similar penchant for destroying of all-things-blasphemous. 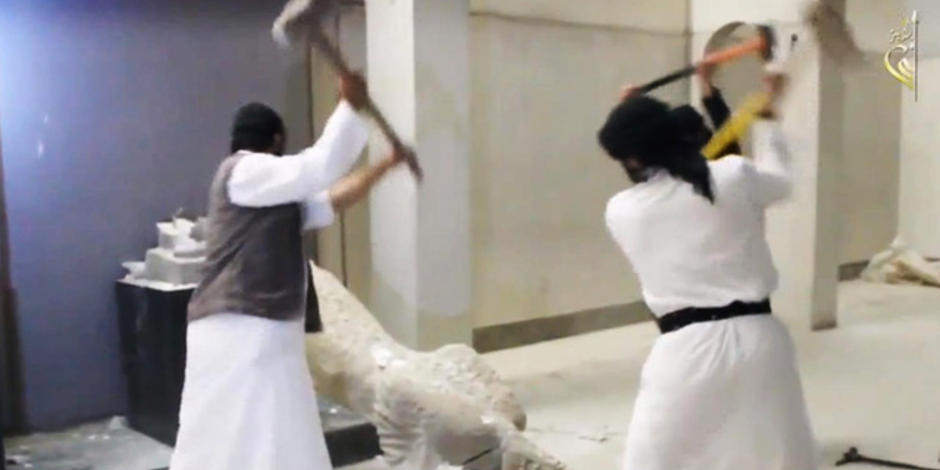 This entry was posted in Death of the West, Political Correctness. Bookmark the permalink.