If the incipient formation of Political Correctness in the early 1990s was Culture Wars 1.0, then we are certainly now in the heady throes of Culture Wars 2.0. But what shape might a Culture Wars 3.0 take?

First, over the past two years conservatives have self-marginalized…

While becoming the movement of Dinesh D’Souza, Sean Hannity and Franklin Graham, they have essentially expelled the leaders and thinkers who have purchase in mainstream culture. Conservatism is now less a political or philosophic movement and more a separatist subculture that participates in its own ostracism.

Second, progressives are getting better and more aggressive at silencing dissenting behavior. All sorts of formerly legitimate opinions have now been deemed beyond the pale on elite campuses. Speakers have been disinvited and careers destroyed. The boundaries are being redrawn across society.

A decent measure of how out of step Brooks is with the underlying mechanics of the Dissident Right is that he sees Dinesh D’Souza and Sean Hannity as uncouth  representations of a populist New Right, when in fact D’Souza has more than his share of P.C. tendencies, and Hannity, while having moderated his knee-jerk propensity for cheerleading the GOP, still largely acts as… a cheerleader for the GOP.

What Brooks sees as the self-imposed marginalization on the Right may in fact be the birth pains of a burgeoning White Identitarianism. Insofar as a White Identitarianism is actively and organically forming in the U.S., it will necessarily take the form of a cultural separatism of sorts, particularly as the dominant Culture in which it is forced to operate is so uniformly censorial, hyper-individualistic, multiculturalist, globalist, and cosmopolitan.

It is true that, in our current socio-cultural environment, SJWs continue to advance the ball down the field one yard at a time, much to the consternation of race realists. To make matters worse, the unfolding logic of Political Correctness is increasingly being implemented by a Silicon Valley vanguard, with the ensuing totalitarian group-think leeching (with an ever greater rate of acceleration) into corporate H.R. departments. Brooks writes:

If progressives can cut what’s left of the conservative movement off from mainstream society, they will fundamentally alter the culture war. We think of the culture war as this stagnant thing in which both sides scream at each other. But eventually there could be a winner. Progressives have won on most social issues. They could win on nearly everything else.

But here is where Brooks is wrong. The ethos of Political Correctness does not represent, and will likely never win, the hearts and minds of ‘mainstream society’ (aka white society). On cultural issue X, the Cathedral (including media elites like Brooks) confuses mainstream society’s relative silence on issue X with acquiescence, but it may be more accurate to describe white public silence on issue X as a brewing atmosphere of festering recriminations: the clearly real phenomenon of whites rationally afraid to publicly disagree with what black liberal Y says to them about issue X.

Brooks concludes his column with a warning to the Left:

The only thing I’d say to my progressive friends is, be careful how you win your victories. It is one thing to win by persuasion and another thing to win by elite cultural intimidation. Illiberalism breeds illiberalism. Using elite power, whether economic or cultural, to silence less educated foes usually produces a backlash…

If you exile 40 percent of the country from respectable society they will mount a political backlash that will make Donald Trump look like Adlai Stevenson.

Mind you, Brooks does not endorse the likely form such a backlash will take.

As the racialization of America’s two-party system continues, margins in the Bradley Effect will continue to grow and eclipse what we saw with Trump’s election… but this can only be capitalized upon if/when a candidate is brave enough to challenge Political Correctness in all its incarnations. For the slowly coalescing, identity-politics-for-white-people dynamic currently taking place in America, Trump has certainly been (and will continue to be for the next 3 to 7 years) an accelerationist force, especially with regards to realigning the white, middle class electorate.

After Trump, however, there will be a sizable political vacuum on the Right. GOPE 2.0 will predictably relaunch itself with a mission of ‘restoring’ true conservatism, getting back to ‘free market’ principles, and ‘forward-thinking’ immigration policies, etc… the usual bromides of neoliberalism. During this time, the wider Ministers of Culture (from the NYT to NR) will declare Trumpian populism dead, etc. 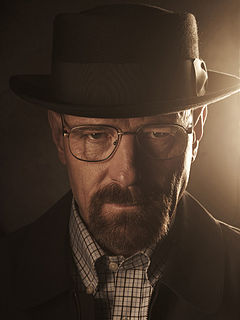 But all the while this faux pendulum swing ‘back to sanity’ is going on, Political Correctness will become even more strident and domineering, inadvertently strengthening the equal and opposite reaction that is being pent up and forced underground. The Dissident Right will steadfastly grow and, among Gen Z and beyond, the more aggressive, counter-cultural, and guerrilla political tactics of the Alt Right will expand exponentially. Both will flourish outside of the traditional, ‘polite society’, political structure, and will exist predominately as an online social force: organic, anonymous, and (due to deplatforming, doxing, and the complete lack of any public arenas for debate) increasingly radical or at least rude. The Jordan Petersons of the world will be gateways to the Jared Taylors of the world. The only significant obstacle, in this regard, will be corporate deplatforming and de facto censorship, none of which requires governmental action to accomplish.

Race-realism and an existential awareness of our profound civilizational crisis — arguably the most important thing we ought to be talking about — will have the allure of the taboo, and this allure will grow proportionally to how increasingly verboten it is to broach any ‘Death of the West’ aspect in public.

For the shape of things to come, look to Eastern Europe. Their successes are affecting Western European politics. The relatively new political parties that have sprung up in Western Europe in the past 10 to 20 years, formulated around a central platform of ethnonational identity, will grow in both size and strength and will push the respective Western European countries towards the unabashed identitarianism we are witnessing in today’s Hungary and Poland. The only question will be whether it is too little, too late.

In short, what is going on in Eastern Europe today is the canary in the coal mine for what will eventually happen first in Western Europe, and then many years from now, in the U.S.