This should be good, especially considering the involvement of Danny Glover, one of the angriest black men in the world:

Joe Anderson (Across the Universe) and Danny Glover star in Supremacy, a racially charged psychological thriller that Well Go USA has acquired with an eye toward an awards-season run… Supremacy follows a high-ranking white supremacist (Anderson) who murders a cop and hides out with his accomplice by taking a black family hostage. Glover plays the patriarch of the house, an ex-con who must rely on his wits and understanding of the racist mind to keep his family safe.

“With an eye toward an awards-season run”… isn’t that special. Like 12 Years a Slave (a movie that will be all-but-forgotten in 5 years), if Academy Award members don’t vote for it, will they be racist too?

From the trailer, we see that the cop that the evil white supremacist (complete with a swastika on his face) murders is black! Surprise! And the grocery store clerk he robs is either Indian or Pakistani! Surprise! The movie trailer notes that Supremacy is “inspired by true events”!

For more subtlety, here’s a closing image from the trailer. It looks like a white suburb in the shape of a swastika. Get it?! 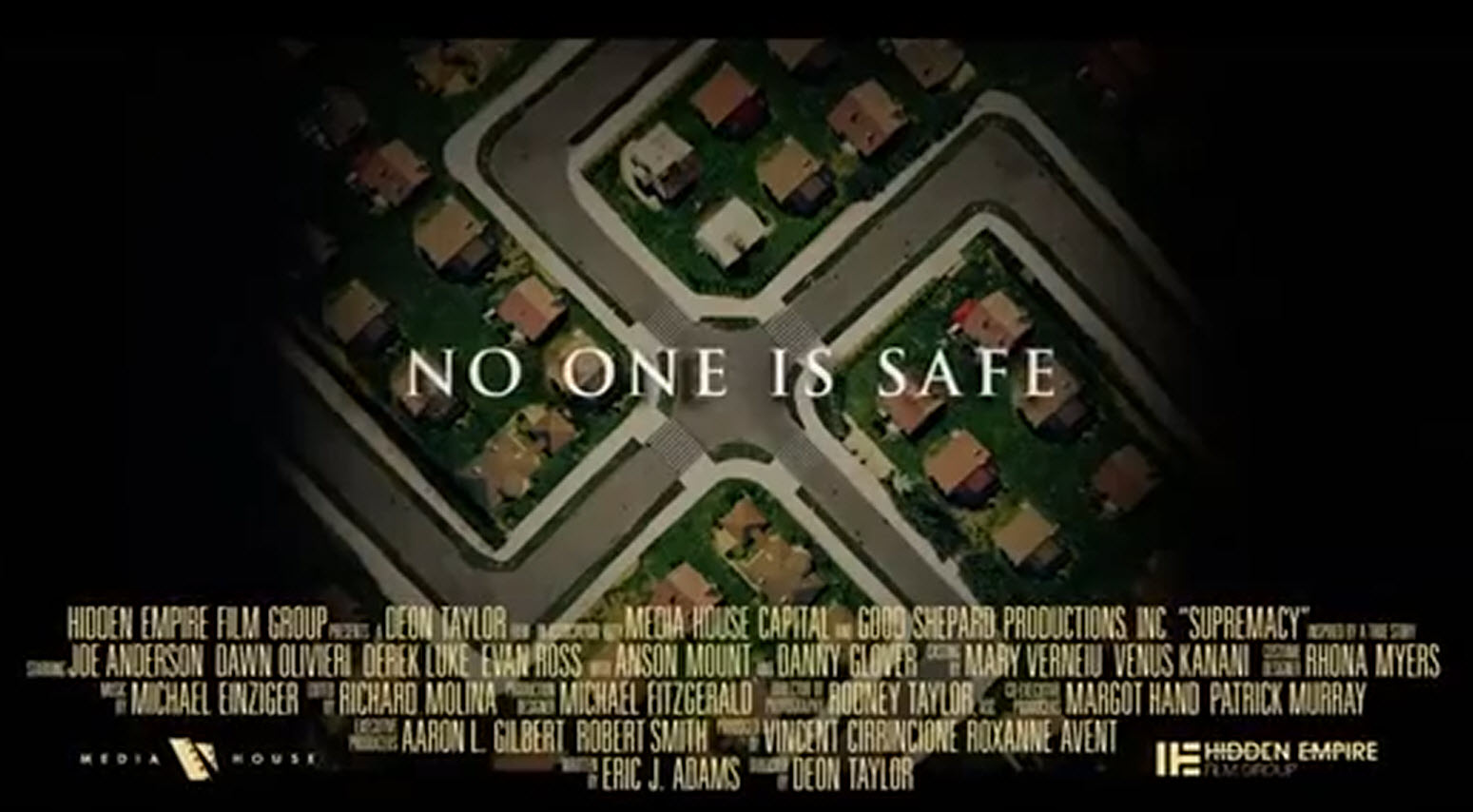 With rapidly changing demographics in America leading to whites becoming a minority (who were 90%+ of the U.S. population as recently as 1965), whites will in turn begin to embrace the same ‘identity-politics’ logic that various non-white ethnicities have been practicing for decades.

My prediction: Supremacism is a harbinger of the treatment we can expect from Hollywood in the years to come, as white consciousness begins to actualize.We’ll be able to add this to the list of films where white ethnocentrism is only allowed to be expressed when spoken through the mouths of violent characters (e.g., Dirty Harry, Death Wish, Falling Down, American History X, etc.)

This entry was posted in Film, Hollywood, Race, White Identity. Bookmark the permalink.