Doe B Be Dead

I was waiting with trepidation, through many sleep-deprived nights, wondering if the authorities would solve the murder of “Doe B”.

Luckily, the assailant has been found. Now I can sleep!

It turns out it was another black guy who had a beef with Doe B. Who woulda’ guessed?!

(CNN) — A man who police say had a dispute with Doe B has been charged with killing the rapper and a woman at an Alabama nightclub over the weekend. 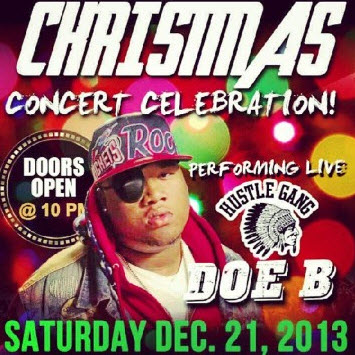 Jason McWilliams, 25, turned himself in Sunday night to detectives who are investigating the shooting at the Centennial Hill Bar and Grill in Montgomery early Saturday.

Doe B, a 22-year-old Montgomery native whose real name is Glenn Thomas, and Kimbrele Johnson, a 21-year-old college student, died from gunshots, police said. Six other people were wounded.

“The circumstances surrounding the shooting were initially unknown, but further investigation indicates that the shooting stemmed from an ongoing dispute between McWilliams and Thomas,” a Montgomery Police news release said Monday.

A patch over Doe B’s right eye became the entertainer’s trademark after he was wounded in a previous shooting, according to Billboard magazine.

Coincidentally, the mug shot of McWilliams, who is being held without bond on two counts of capital murder, showed the suspect wearing a black patch over his right eye.

On the cover of his new album, “Baby Jesus,” a baby is pictured dressed like Doe B with the eye patch and with additional bullet wounds on the left arm.