Of Don Lemon, one of CNN’s ‘faces’, and a quasi-angry-black-man-cum-angry-gay-man, here is the actual byline of a GQ piece on him: 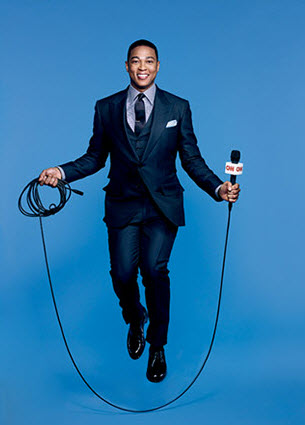 So maybe he’s not Walter Cronkite. Maybe he’s done some famously awkward interviews, gotten his facts wrong, and made CNN the butt of more than a few jokes. But that won’t stop Don Lemon. Because here’s the thing: He can fill hours of nothing with a crisp, news-like something. No matter what he says, no matter how badly he screws up, he never blinks. That’s his gift: He just keeps on going.

Of Don Lemon’s embarrassing episodes of pure idiocy (e.g., speculating that a black hole might have swallowed that Malaysian airliner), here is Jeff Zucker, CNN’s Big Cheese, proudly enforcing, with an iron fist, the intrinsic standards of journalistic excellence that he oversees… err, well, maybe not:

“Let me put it this way,” says Jeff Zucker. “There’s certainly a lot of interest in Don Lemon, and that’s a good thing for Don and for CNN. You know, Don is a little bit of a lightning rod. Frankly, we needed a little bit of lightning.”

In other words, just like Kim Kardashian, any press is better than no press.