S. Craig Zahler, who wrote/directed Bone Tomahawk (2015) & Brawl in Cell Block 99 (2017), is an important filmmaker for the Dissident Right to consider. I previously wrote an essay on Brawl at Counter-Currents, and my essay on Zahler’s new film Dragged Across Concrete (2019) is at The Occidental Observer.

One further aspect of Dragged not included in the TOO piece pertains to the film’s indictment of feminism:

SPOILERS: An interlude in the film begins and ends with a focus on the brief character of Kelly Summer (Jennifer Carpenter). Ostensibly intended to humanize the victims of a violent bank robbery, Kelly’s character also serves as a devastating indictment of feminism and neoliberal materialism, an observation I have not seen a single liberal critic of the film make. When we first see Kelly, she is looking anxious waiting for the bus that will take her to work. When the bus arrives, she cannot get herself to get on it, and instead runs back home to the well-to-do apartment she shares with her bearded, hipster-looking husband Jeffrey (Andrew Dunbar) and their newborn son, Jackson.

In the hallway outside of her apartment door, Summer finds that Jeffrey has chain-locked the door from the inside, so that she cannot enter. With the door slightly ajar, as far as the chain-lock will allow, what follows is a gut-wrenching exchange which emphasizes how profoundly unnatural it is that our contemporary socioeconomic model, in a wholesale gender reversal, routes mothers away from their newly born children and emasculates men by disincentivizing their natural role as providers:

Kelly: Jeffrey, let me in. Open this! 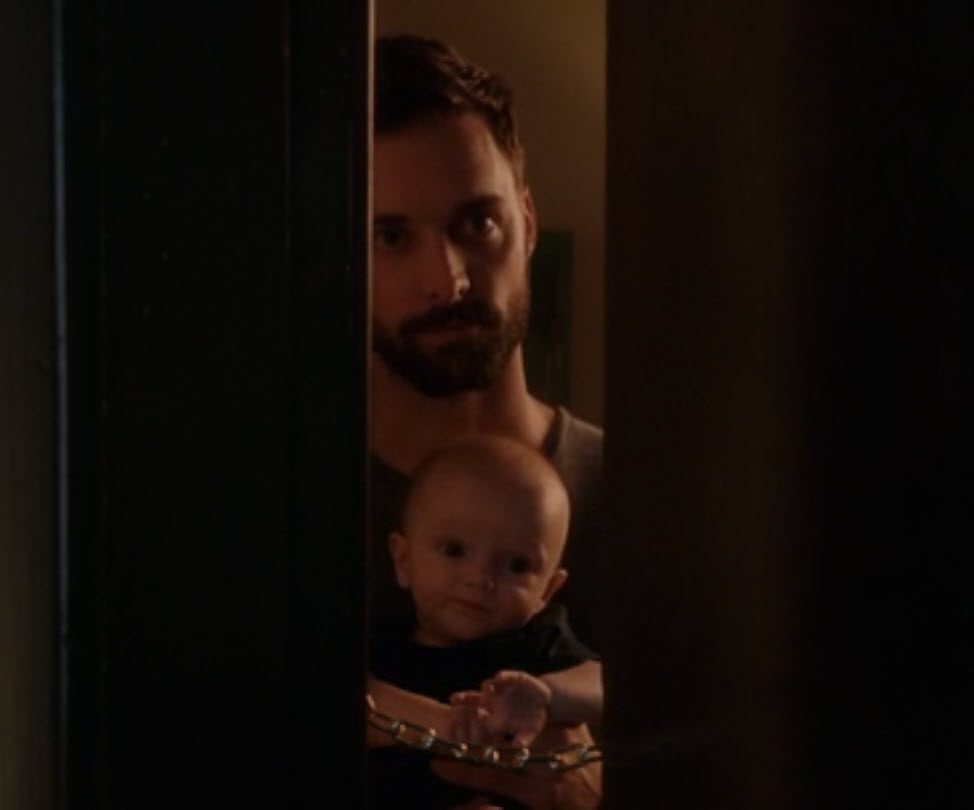 Jeffrey, Jackson, & the consequences of feminism.

Jeffrey: Kelly, please stop yelling… Why aren’t you on your way to work?

Kelly: You are not allowed to answer a question with a question.

Jeffrey: Don’t shout at me, okay? Just… You need to go back downstairs, get on the bus and go to work.

Kelly: What do you mean you can’t? Of course you can.

Jeffrey: I want to, I really, really do, but I can’t. The maternity leave ended four weeks ago. You’ve used all of your vacation and every single sick day staying here with Jackson.

Kelly: He needed me!

Jeffrey: I’m taking good care of him, and I will continue to do so until you’re home from work.

Kelly: I hate you.

Jeffrey: And I love you twice as much. You need to go to work… today.

Kelly: My job is so stupid. I go there and I sell chunks of my life for a paycheck, so that… rich people I’ve never even met can put money in places I’ve never even seen. How am I supposed to sit at my desk and talk about bank accounts, when my baby is here!”

Jeffrey: Jackson needs diapers, and clothes, and gourmet baby food. Eventually, he’s gonna need school supplies and, if he’s anything like me and my brothers, he’ll need braces too. Now, all these things cost money, and you make way more than I do.

Kelly: Yeah, I know… Can I see him though?

Jeffrey: Just through the opening.

Kelly: I promise, I’ll go if you let me see him just for a second. I need to touch him.

Jeffrey: You’ve broken that swear before and recently. Do you swear on the life of our baby that you will leave after you’ve touched him?

Jeffrey: Say it out loud for it to count, that’s how swears work.

Kelly: I swear on the life of our child that I will go to work after I’ve touched him.

Kelly reluctantly goes to the bank where she works. Upon arriving, her fellow employees come out to warmly greet her, but the over-exuberant tributes from her boss Mr. Edmington (Fred Melamed) exudes a phoniness borne of obligation, and expresses the transvaluation of values which attempts to align family formation with the interests of late capitalism, both being symbolic forms of the faux-concern for families that neoliberal capitalism articulates:

Mr. Edmington: Good heavens and praise be to Him. Can that radiant vision of maternity that just walked through our front doors possibly be our beloved Mrs. Summer? Welcome back. Welcome back and congratulations on bringing such a lovely boy child into this world.

Mr. Edmington: All of us in the bank have great expectations for your boy, wondrous expectations, on a global scale.

Mr. Edmington: Well, in that case, our expectations are aligned… Mrs. Summer, your absence was a weight upon us. Your return is a divine blessing.

The fates of all involved here are soon changed forever by the violent forces of nihilism.