Students and parents at a Colorado high school are outraged after administrators turned down their request for a spirit week day honoring America because it might offend non-Americans. 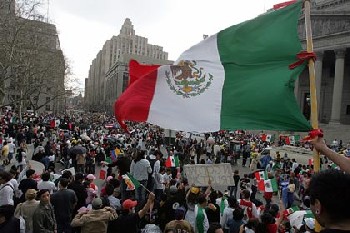 “They said they didn’t want to offend anyone from other countries or immigrants,” a 16-year-old member of the student council told me. “They just really did not want to make anyone feel uncomfortable.”

The student council at Fort Collins High School had proposed having a day to celebrate the United States during next week’s Winter Spirit Week. The young people pitched “’Merica Monday” – and invited their classmates to dress in patriotic colors. Their proposal was promptly shot down by administrators.

“They said they didn’t want to be exclusive to any other country,” a 17-year-old member of the student council told me.

The students and parents who talked to me about this incident have asked to remain anonymous. The parents feared their children might face reprisals from liberal educators.

“It’s bizarre and idiotic that we’ve come to this crossroads in our society that we are having to sacrifice our own culture and belief system,” one of the parents told me. “I can’t even tell you how it got our blood boiling.”…

The irony, said the students, is that they are required to participate in Cinco de Mayo celebrations.

This entry was posted in Culture Wars, Immigration. Bookmark the permalink.