The left still controls the lower house, which is the dominant legislative body in France, but Sunday’s ballot underlined the unpopularity of the president and the continued rise of the anti-immigration, anti-euro National Front. 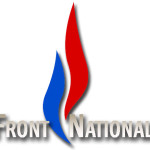 The party, led by Marine Le Pen, took two seats in the august Senate, following on from its surprise victory in European parliamentary elections in May and its strong showing in municipal elections in March.

“These results are beyond what we hoped for,” said Le Pen. “Each day that passes, our ideas are increasingly being adopted by the French people… We have great potential.”…

The National Front has successfully capitalized on growing discontent over unemployment and resentment over immigration, and hopes to score an upset in the 2017 presidential election.

France is full of xenophobic racists!

This entry was posted in Europe, Immigration, White Identity. Bookmark the permalink.