The last frontier for Progressive Sexual Wokeness to overcome (that is, until their vivid imaginations can conjure another ‘civil right’) is the full sexualization of children.

Some are trying to make the Great Leap Forward in France, which will greatly help accommodate the vibrantly diverse custom of child brides amongst the African and Muslim immigrants that are France’s future.

From The Daily Mail:

Protests have broken out in Paris as France’s justice minister prepares to set the country’s first legal age of sexual consent at just 13.

Activists argue that the age of consent should be set at 15 as they waved placards that read ‘for him impunity, for her a life sentence’ in reference to a 30-year-old man recently being cleared of raping an 11-year-old. 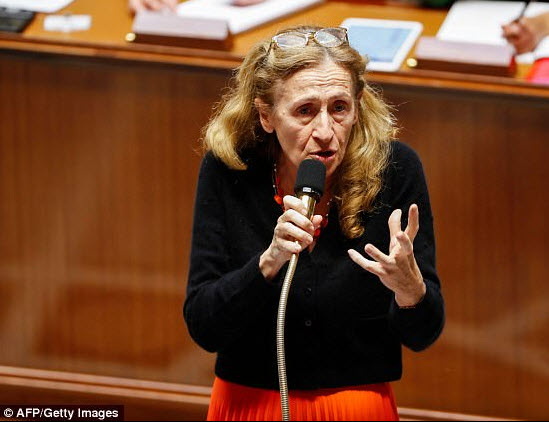 Justice Minister Nicole Belloubet told French radio that the age of 13 was a ‘limit that is worth considering’ for the upcoming legislation.

It comes after French courts refused on two occasions recently to prosecute grown men for rape after they had sex with 11-year-olds because authorities couldn’t prove coercion.

It is already illegal in France to have sex with under 15s, but rape charges can only be brought if prosecutors can prove the act was non-consensual.

Amid public horror, the government is now drafting a bill to say sex with children under a certain age is by definition coercive…

Two recent court cases have heightened the debate over who is old enough to consent to sex under French law.

A jury last week acquitted a 30-year-old man who was accused of raping an 11-year-old girl in 2009, French media reported. The jury in the Paris suburb region of Seine-et-Marne found that while there had been a sexual relationship between the girl and the man, it did not constitute rape according to the legal definition of the crime in France…

A minimum age of sexual consent does not currently exist in French law. The law only says that an adult who performs a sexual act with a person under the age of 15 ‘without violence, coercion, threat or surprise’ can be prosecuted for ‘sexual abuse,’ not rape.

All Hail the Gods of Diversity.

This entry was posted in Culture Wars, Europe. Bookmark the permalink.