The Pegida marches continue in Germany:

There have been weekly protests by the Patriotic Europeans against the Islamisation of the West (Pegida) since October.

A record 18,000 people turned out on Monday at one rally in Dresden…

Pegida organiser Kathrin Oertel responded in a speech at the rally in Dresden. She said that there was “political repression” in Germany once again.

“Or how would you see it when we are insulted or called racists or Nazis openly by all the political mainstream parties and media for our justified criticism of Germany’s asylum seeker policies and the non-existent immigration policy?”

A poll of just over 1,000 people carried out by Germany’s Stern magazine found one in eight Germans would join an anti-Islam march if Pegida organised one near their home. 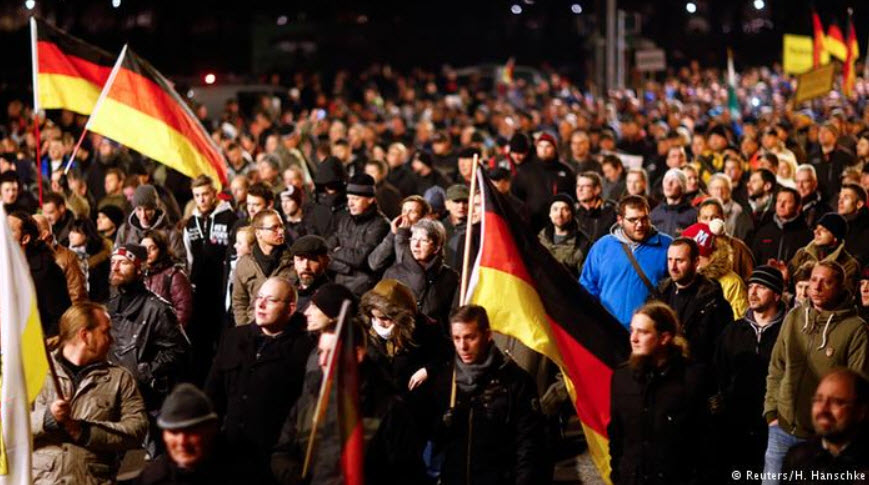 This entry was posted in Europe, Immigration, White Identity. Bookmark the permalink.