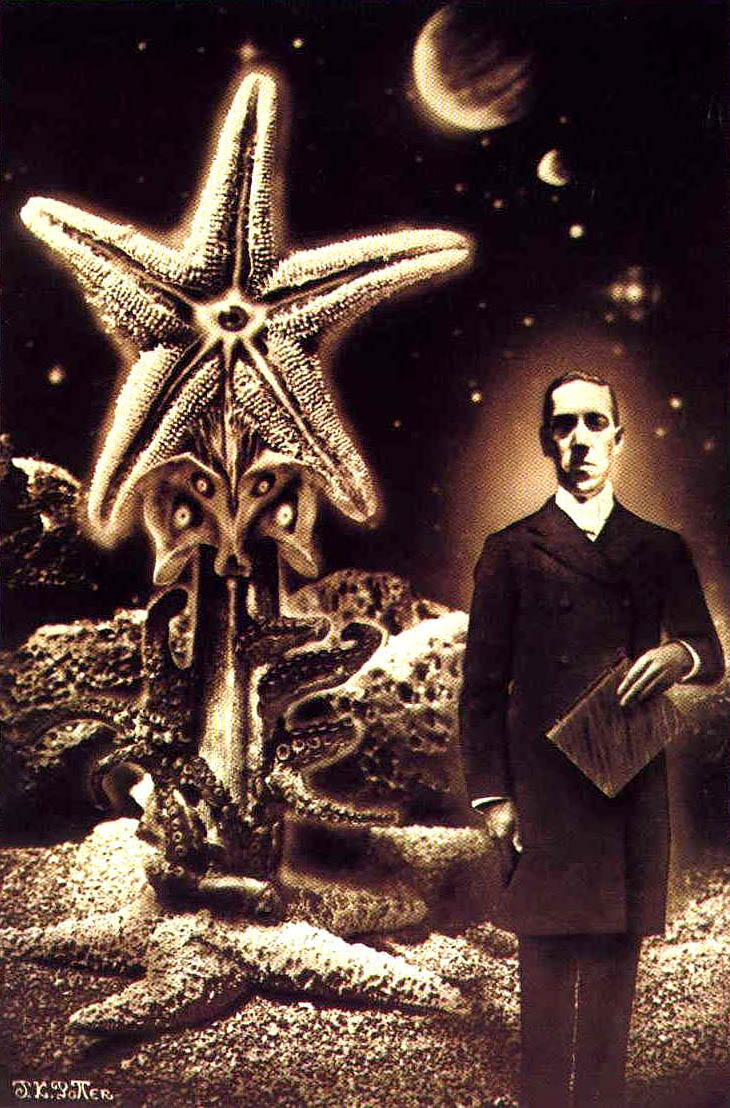 A long-lost manuscript by HP Lovecraft, an investigation of superstition through the ages that the author was commissioned to write by Harry Houdini, has been found in a collection of magic memorabilia.

The Cancer of Superstition was previously known only in outline and through its first chapter. Houdini had asked Lovecraft in 1926 to ghostwrite the treatise exploring superstition, but the magician’s death later that year halted the project, as his wife did not wish to pursue it.

According to Potter & Potter Auctions of Chicago, the 31-page typewritten manuscript was discovered in a large collection of memorabilia from a now-defunct magic shop.

A purchaser of the manuscript is putting it up for auction:

According to the auction house – which will open bids at $13,000 (£9,240) with a pre-auction estimate expecting a final price somewhere between $25,000-$40,000 – the document explores everything from worship of the dead to werewolves and cannibalism, theorising that superstition is an “inborn inclination” that “persists only through mental indolence of those who reject modern science”.

“Most of us are heathens in the innermost recesses of our hearts,” it concludes.

Fine Books Magazine, which first highlighted the auction, said the manuscript had been “whispered about by hopeful collectors and scholars for decades”.

Fajuri said: “The manuscript deepens the debate over the legacies of two figures whose popularity rested on playing to both sides of their audience’s curiosity over issues including spiritualism, supernaturalism, the real and the unreal,”

He added:“While Lovecraft entertained readers with weird and horrific science fiction and Houdini amazed audiences with displays of superhuman escapes, both are to be found here in what they call a ‘campaign’ against superstition. They argue that all superstitious beliefs are relics of a common ‘prehistoric ignorance’ in humans.”

This entry was posted in Literature. Bookmark the permalink.