Hillary: “That’s What They Offered” 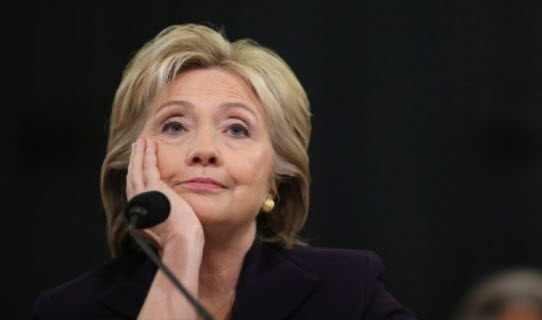 Should Hillary lose the POTUS race, the turning point may have been during the ‘Town Hall Debate’ earlier this week when, upon being asked to justify the $675,000 she received for 3 speeches for Goldman Sachs, she replied: “That’s what they offered.”

Upon a moderator at this debate asking her to produce the transcripts of these 3 speeches, Hillary took a position against this, stammering worse than Ken Pile having a stroke at the same time he was having a heart attack.

Hillary would have us believe she doesn’t have an eagle-eyed agent negotiating her speaking arrangements.

Hillary Clinton, who faces mounting pressure to release transcripts of her paid speeches, routinely demanded that a stenographer be present at her events so she could maintain a record of what she said.

At least four of Clinton’s contracts include a clause stating a transcript would be produced for Clinton and that the former secretary of state would own them and control their release, according to contracts obtained by McClatchy.

“The sponsor will transcribe Speaker’s remarks as they are being delivered, which should be solely for the Speaker’s records,” according to her contract with the University of Buffalo, which paid her $275,000.