A tragedy at Hofstra, and an all too common scenario. Yet another innocent young girl’s life cut short. Yet another subcontinent-type doin’ what comes natural.

MINEOLA, New York (AP) — A New York college student being held in a headlock at gunpoint by an intruder was accidentally shot and killed by a police officer who had responded to a report of the home invasion at an off-campus home, police said Saturday.

Andrea Rebello was shot once in the head Friday morning by an officer who opened fire after the masked intruder pointed a gun at the officer while holding the 21-year-old Hofstra University student in a headlock, Nassau County homicide squad Lt. John Azzata said.

In a tense confrontation with the officer, gunman Dalton Smith “menaces our police officer, points his gun at the police officer,” Azzata said. The officer opened fire, killing Smith and his hostage.

Azzata said the Nassau County police officer fired eight shots at Smith, who police described as having an “extensive” criminal background. Smith was hit seven times and died. Rebello was shot once in the head.

“He kept saying, ‘I’m going to kill her,’ and then he pointed the gun at the police officer,” Azzata said.

A loaded 9 mm handgun with an obliterated serial number was found at the scene, police said…

Earlier Saturday, police announced that Smith, 30, was wanted on a parole violation related to a first-degree robbery conviction and had an arrest history dating back nearly 15 years…

Rebello, a public relations major, was in the two-story home with her twin sister Jessica, a third woman and a man when Smith, wearing a ski mask, walked into the house through an open front door, Azzata said. Smith demanded valuables and was told they were upstairs, Azzata said.

Smith, apparently unsatisfied with the valuables upstairs, asked if any of the four had a bank account and could withdraw money, Azzata said. The intruder then allowed the unidentified woman to leave and collect money from a cash machine, telling her she had only eight minutes to come back with cash before he killed one of her friends, Azzata said… 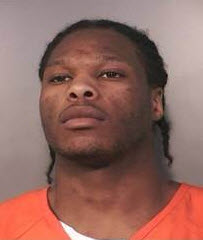 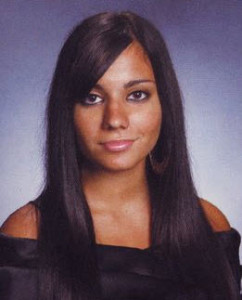 This entry was posted in Crime, Race. Bookmark the permalink.