Back in December, you’ll remember, Howard Dean dropped out of the DNC-head contention because he ain’t all that interested in (inevitably) being called an old, racist, white man, should he oppose Keith Ellison for the position.

Dean ‘gets’ that the Dems need to pivot back to attract working class whites, though he’ll never come out and say it.

But today he did the next best thing: 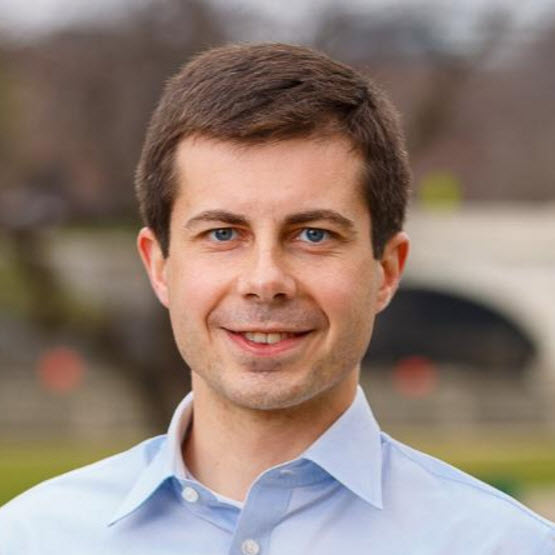 Former Vermont Gov. Howard Dean announced his support on Wednesday for South Bend, Indiana, Mayor Pete Buttigieg to be the next chairman of the Democratic National Committee.

Dean, who was himself the DNC chair from 2005 to 2009, told MSNBC’s “Morning Joe” that he is backing Buttigieg because the Democratic Party desperately needs an infusion of young blood from outside the political sphere of Washington. The Indiana mayor perfectly fits the bill, Dean said.

“Most important thing: He’s the outside-the-Beltway candidate. This party is in trouble. Our strongest age group that votes for us is under 35. And they don’t consider themselves Democrats,” Dean said, noting the low turnout among younger voters in mid-term and down-ballot races. “Our leadership is old and creaky, including me, and we’ve got to have this guy, 36 years old, running this party. I had dinner with him last night. He is really, really capable and smart.”

Buttigieg, you’ll see, is an uber-white guy. From Wikipedia, we learn that he’s of Maltese and Scottish descent and exhibits uber-white proclivities, such as:

On the other hand, Buttigieg can check off one of the bigger boxes on the Identity Politics, Pokemon points scorecard:

On June 16, 2015, Buttigieg announced in an essay that he is gay. He is the first openly gay executive in Indiana.

The ‘gay’ angle serves to deflect some of the ‘stale, pale, and male’ criticism Buttigieg would otherwise get.

Will it be the black Muslim, the anti-white white chick, the Hispanic, or the (gay) white guy?

The Circular Firing Squad Saga (that is the Democratic Party) continues.

This entry was posted in Democrat Party, Identity Politics. Bookmark the permalink.