Is Heidegger Contaminated By Nazism?

Here’s a Tribe Trifecta: Joshua Rothman, writing in The New Yorker, about Heidegger’s “anti-semitism” (“Is Heidegger Contaminated By Nazism?“). After praising Heidegger’s philosophy, and noting the profound influence it’s had on him personally, Rothman gets to the monstrous side of Heidegger:

It’s always been safe to assume that Heidegger, being a Nazi, was also an anti-Semite (though not necessarily a “virulent” one, whatever that term might mean). But, as my colleague Richard Brody wrote a few weeks ago, the passages reveal a particularly unsettling kind of anti-Semitism—one which hasn’t been fully visible before. They show that, even as Heidegger held the most banal and ignorant anti-Semitic beliefs (he wrote about a worldwide conspiracy of “calculating” Jews “unfurl[ing] its influence”), he also tried to formulate a special, philosophical, and even Heideggerian kind of anti-Semitism. (Jews, he writes, are “uprooted from Being-in-the World”—that is, incapable of authentically caring and knowing.) The passages, some of which were written during the Second World War, account for only a few pages out of more than a thousand. But they have alarmed and disgusted Heideggerians because they show that Heidegger himself had no trouble using his own philosophy for anti-Semitic ends…

Here’s a glimpse of Heidegger’s relationship to Nazism, from Rothman:

When Heidegger joined the Nazi party, in 1933, he had a professional reason for doing so: it went along with his new position as the Führer-rector (the President, essentially) of Freiburg University. But he was also an enthusiast. Photographs, impossible to unsee, show him wearing a Hitler moustache; that year, Heidegger told his students, “Let not theories and ‘ideas’ be the rules of your being. The Führer himself and he alone is German reality and its law, today and for the future.” In 1935, he spoke about “the inner truth and greatness” of National Socialism. He was not a doctrinaire Nazi: one of his students recalled that, when the party instituted a series of compulsory political education lectures, Heidegger shooed a student making a party-line speech off the stage (“This jabber will stop immediately!,” he’s said to have shouted) and repl 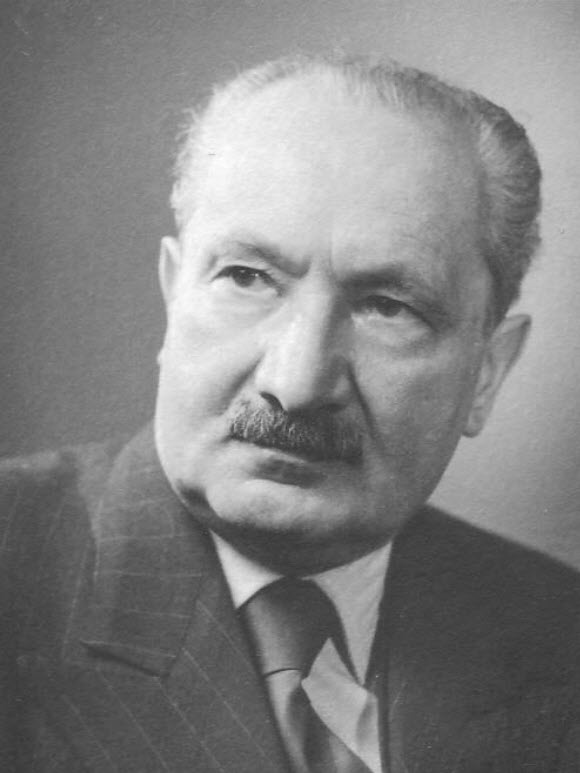 aced him with a speaker who talked about Sigmund Freud. As rector, he interceded on behalf of three Jewish professors who were about to be fired, and, after the war, some of his Jewish students and colleagues declared that he wasn’t anti-Semitic. Still, in ways large and small, he happily furthered the Nazi program—he applied the regime’s “cleansing” laws to the student body, for example, denying financial aid to “non-Aryan” students.

In 1934, Heidegger gave up his rectorship, possibly under pressure from faculty members who resented the Nazis’ influence, and, over time, his reservations deepened. He didn’t share the Nazis’ biologism or technophilia, and considered their thinking crude. It’s often said that Heidegger wandered into Nazism because, with the daft egotism of a great philosopher, he thought that the Nazis agreed with him philosophically; when he realized that they weren’t intellectuals, he pulled away. He remained a member of the Party until 1945, but was on its margins. After the war, he said privately that his participation in the movement had been “the biggest stupidity of my life”; Hannah Arendt, who carried on a love affair with Heidegger for many years, said that she thought of his Nazism as an “escapade”—a poorly thought through attempt to “ ‘intervene’ in the world of human affairs.”

In the Guardian, Philip Oltermann offers some choice passages:

“World Judaism,” Heidegger writes in the notebooks, “is ungraspable everywhere and doesn’t need to get involved in military action while continuing to unfurl its influence, whereas we are left to sacrifice the best blood of the best of our people.”

In another passage, the philosopher writes that the Jewish people, with their “talent for calculation,” were so vehemently opposed to the Nazi’s racial theories because “they themselves have lived according to the race principle for longest.”

The French philosopher Emmanuel Faye picks up on one notably insidious term in the new publications:

We know that [Heidegger] speaks in his “Black Notebooks” of the “worldlessness” of Judaism…. Jews aren’t just considered to lack a homeland, they are said definitively to be worldless. It’s worth recalling that worldlessness is an expression that Heidegger doesn’t even use for animals, which, in a 1929 lecture, he calls “world-poor.” In this complete dehumanization of Judaism, the Jews no longer have a place in the world, or, rather, they never had one. We also discover…that the Heideggerian idea of “being-in-the-world” which is central to “Being and Time” can take on the meaning of a discriminatory term with an anti-Semitic intent.

Then there’s this passage by Brody, with its chilling, accusatory, near-condemnations of any person who dares even imply group-specific characteristics of Jewish history:

Oltermann adds that Heidegger also “argues that like fascism and ‘world judaism,’ Soviet communism and British parliamentarianism should be seen as part of the imperious dehumanising drive of western modernity.” Yet, in the magazine Prospect, the philosopher Jonathan Rée attempts to defend Heidegger by minimizing the significance of this idea: “One of his arguments is that Judaism, like Bolshevism and Fascism, participates in the corrosive calculative culture of modernity, even though it goes back thousands of years.” This makes me wonder about Rée as well: Isn’t it a priori anti-Semitic to consider Judaism “corrosive”?

One passage from the Oltermann piece above, not mentioned by Brody, is Heidegger’s dovetailing of Judaism with modernity’s capitalist technocracy and socialist evolution:

The notebooks also show that for Heidegger, antisemitism overlapped with a strong resentment of American and English culture, all of which he saw as drivers of what he called Machenschaft, variously translated as “machination” or “manipulative domination”.

In one passage, Heidegger argues that like fascism and “world judaism”, Soviet communism and British parliamentarianism should be seen as part of the imperious dehumanising drive of western modernity: “The bourgeois-Christian form of English ‘bolshevism’ is the most dangerous. Without its destruction, the modern era will remain intact.”

In an almost playful dig at English culture, he writes: “What, other than engineering and metaphysically paving the way for socialism, other than commonplace thinking and tastelessness, has England contributed in terms of ‘culture’?”

When Yuri Slezkine makes a very similar point, he is hailed as a genius.

Apparently, only tribe members are allowed to talk about the tribe.

This entry was posted in Existentialism, Jewish, Philosophy. Bookmark the permalink.