Here is but one of the many differences between Democrats and Republicans. Although it’s routine, it is sometimes still shocking that such cheap, race-baiting rhetoric might come from the mouth of a sitting Vice President of the United States: 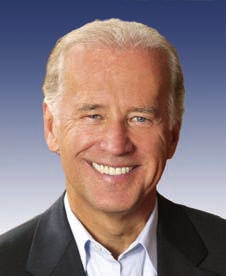 Vice President Joe Biden used remarks at a reception he hosted in honor of African-American History Month to swing hard at the “malarkey” of voting right restrictions around the country — specifically, citing voter ID laws in North Carolina, Alabama and Texas as offenders.

As he’s done before, Biden linked the voting rights fight now to the civil rights movement of the 1960s, calling the people trying to restrict voting now the intellectual descendants of those who beat the movement’s leaders in Selma 50 years ago.

He called the dismantling of Jim Crow laws and other expansions of voting some of the most important legacy of the civil rights movement.

“Without the right to vote, nothing else much mattered,” he said.

But things have only changed so much, he said, expressing his disappointment.

“The zealotry of those who wish to limit the franchise cannot be smothered by reason,” he said.

Biden expressed optimism that Congress would pass legislation to address the parts of the Voting Rights Act overturned by the U.S. Supreme Court last June.