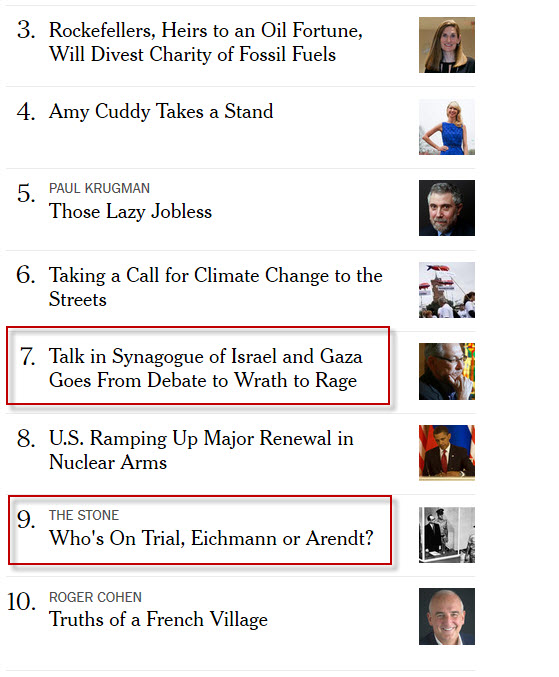 From the “Talk in Synagogue of Israel and Gaza Goes From Debate to Wrath to Rage” article:

Israel’s occupation of Arab lands and its standoff with the Palestinians have become so divisive that many rabbis say it is impossible to have a civil conversation about Israel in their synagogues.

From the “Who’s On Trial, Eichmann or Arendt?” article:

Adolf Eichmann was banal precisely because he was a fanatical anti-Semite, not despite the fact.

Several hundred protesters gathered on Monday calling for the Met to cancel its performances of “The Death of Klinghoffer.”

This entry was posted in Jewish, MSM, NYT. Bookmark the permalink.