Lutz Bachmann, leader of PEGIDA, has been ousted for the usual reasons: Orwellian opposition to alleged ‘hatespeech’ and/or for offending P.C. sensitivities, this time in the form of a photo of him looking like Hitler:

(CNN)As thousands-strong anti-Islamization rallies make headlines in Germany following the Charlie Hebdo attack, one of the rallies’ organizers has resigned as leader of a right-wing group after a newspaper published a months-old selfie of him posing as Adolf Hitler.

The photo shows Lutz Bachmann, leader of PEGIDA, which translates in English to Patriotic Europeans Against the Islamization of the West. It appeared Wednesday on the cover of German tabloid BILD.

Bachmann resigned as chairman of the group following the backlash to the Hitler photo, as well as another image Bachmann posted of a man in a Ku Klux Klan robe with the caption, “Three K’s a day keeps the minorities away.”…

The selfie was an act of satire, his spokeswoman Kathrin Oertel said on Facebook. While every citizen has the right to engage in satire, she wrote, insulting foreigners is not satirical.

There can be no excuse for the Hitler photo, right?

Bachmann told BILD, “I took the photo at the hairdressers, for the publication of the audiobook of the satire ‘He’s Back.’ … You need to be able to joke about things now and then.”

“He’s back,” or “Er ist wieder da” in German, is a 2012 best-selling satire based on Hitler waking up in modern-day Berlin with no knowledge of what happened following World War II.

The audiobook was released long before September, as January 2013 news reports indicate 75,000 copies had already been sold.

And so the P.C. march to destroy the voices of white identity rolls ever onward.

Below is the photo in question. Cover thy eyes, less thee perish! 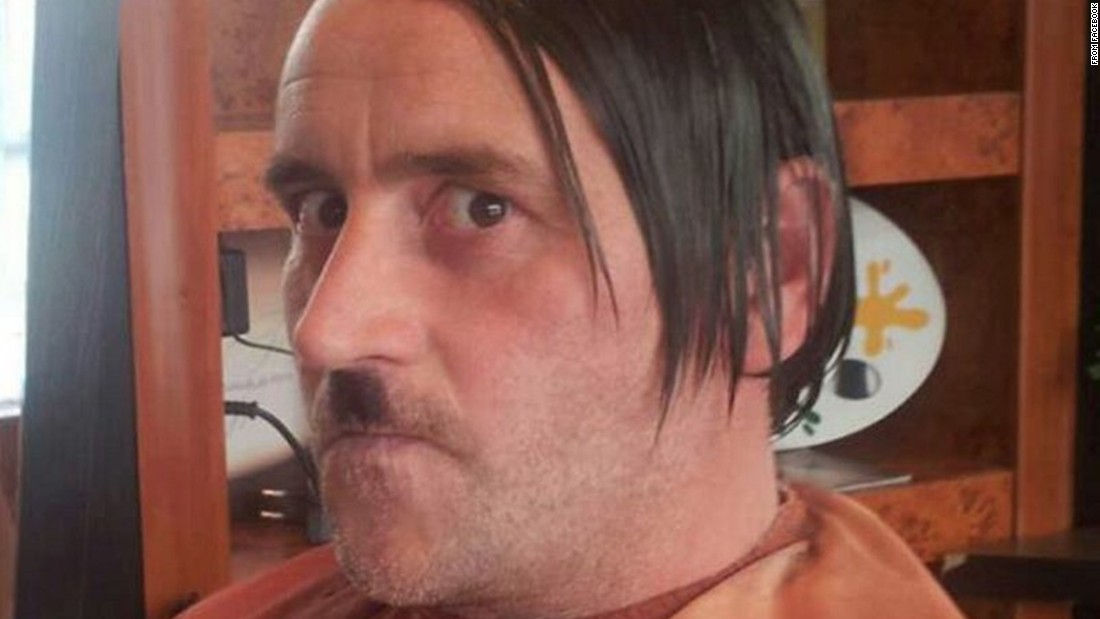 This entry was posted in Europe, Political Correctness. Bookmark the permalink.