Our latest installment of the JAPCAT phenom is “Campus Identity Politics Is Dooming Liberal Causes, a Professor Charges” by Evan Goldstein.

The day after the presidential election, Mark Lilla had to get something off his chest. “I wrote in a fever,” he says. The article that resulted, which appeared in The New York Times, argues that “American liberalism has slipped into a kind of moral panic about racial, gender, and sexual identity that has distorted liberalism’s message and prevented it from becoming a unifying force.”

Mr. Lilla, a professor of humanities at Columbia University, pinned the blame, in part, on academe and its fixation on identity politics. “How to explain to the average voter the supposed moral urgency of giving college students the right to choose … gender pronouns?” he asked. “How not to laugh along with those voters at the story of a University of Michigan prankster who wrote in ‘His Majesty’?”

The article has provoked an avalanche of response and rebuttal. “Stop blaming our society’s political and social crises on campus-based demands for color- and gender- coded justice that reflect the crises far more than they cause them,” wrote Jim Sleeper, a lecturer in political science at Yale University, in the Times. “It is unconscionable, this know-better recrimination, directed at the very people who just put the most work and energy into defeating Trumpism, coming from those who will be made least vulnerable by Trump’s ascension,” wrote Rebecca Traister in New York magazine.

A Columbia colleague accused Mr. Lilla of aiding and abetting white supremacy. The article also struck a chord in Europe, where it was republished on the front page of Le Monde and debated in newspapers across the continent. Mr. Lilla has been interviewed nonstop for a month and is considering writing a book on identity politics.

After checking the NFL schedule, he found time to talk with The Chronicle last weekend about political correctness, being likened to David Duke, and why academics need to watch more Fox News.

[Identity politics] has created a spectacle that is very damaging — and here I speak as a liberal — to the liberal cause. A fact of our political lives as liberals is that everything we do and say is filtered through conservative media. To constantly feed the beast the way these identity theatrics do only harms the liberal cause when it comes to reaching out to voters. It’s an enormous distraction and an enormous loss of energy — energy that could be directed outward, toward common political goals in the real world. Instead it’s directed inward, toward the self and the little utopic communities we try to create for ourselves on our campuses.

Is academe in part to blame, then, for American liberalism slipping into a moral panic about identity?

The 17 ‘people’ links on the democrats.org webpage. The “Rural Americans” were ignored… unless they mean Hispanics or transgendered folks living in rural areas.

Yes, because the Democratic Party has become the party of educated elites. All the people who do the thinking and shaping of political strategy have been shaped by the university. On the website of the Republican Party is something called “Principles for American Renewal.” Click on it, and you get 11 issues that are central to the GOP, beginning with the Constitution and ending with immigration. There’s no such link for the Democratic Party. Instead you have 17 links to different groups. Identity politics has shaped the thinking of people in the party.

What do liberal academics not understand about political correctness?

Two things. One, there are very few Republicans on campuses. And there’s an intolerance and hostility toward Republicans, conservatives, and evangelicals. So liberal academics don’t rub up against other people.

Two, they also, amazingly to me, don’t watch Fox News. We are in our own bubble as much as those who are in the Fox News bubble. You need to see who your adversary is and not have any illusions. And there are convenient illusions, like that they’re all racists or Trump’s election is just “whitelash.”

Liberal academics need to engage with conservative ideas, have conservative speakers and professors on campus, learn something, try to build bridges.

You’ve become the poster boy of anti-PC. What’s that like?

I don’t know if you saw the article by Katherine Franke.

Yes. She likened you to David Duke.

Right, that he and I just wear different clothing but act the same. Which is a slur, not an argument. My basic reaction was: I rest my case, your honor. 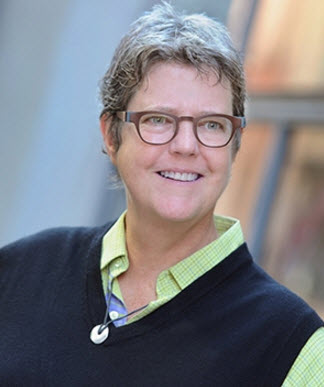 Katherine Franke is the Sulzbacher Professor of Law at Columbia Law School, where she also directs the Center for Gender and Sexuality Law and is the faculty director of the Public Rights/Private Conscience Project. She is a member of the Executive Committee for the Institute for Research on Women, Gender and Sexuality, a member of the Steering Committee for the Center for the Study of Social Difference, and an Affiliated Faculty member for the Center for Palestine Studies.  She is among the nation’s leading scholars writing on law, religion and rights, drawing from feminist, queer, and critical race theory.

Back to the Lilla interview:

You’re white. You’re male. You’re heterosexual. Are you the best person to make this argument?

Even the interviewer, having presumably come prepared to do this interview, is oblivious to the ad hominem fallacy, an obstacle to logical reasoning that liberals never seem able to grasp.

I rest my case, your honor.

This entry was posted in Academia, Culture Wars, Political Correctness. Bookmark the permalink.