Maurras & Céline: Out Damn Spots, Out!

In France, the Culture Commissars are busily erasing influential rightwing figures from Official History, at the behest of ****. The so-called “National Commemorations” is a state-sponsored publication that “aim[s] to highlight significant anniversaries in France each year,” unless of course, such anniversaries involve thinkers of the Right — more specifically, thinkers who notice ethnocentric behavioral patterns among ****. From the NYT (“France Rethinks Honor for Charles Maurras, Condemned as Anti-Semite”): 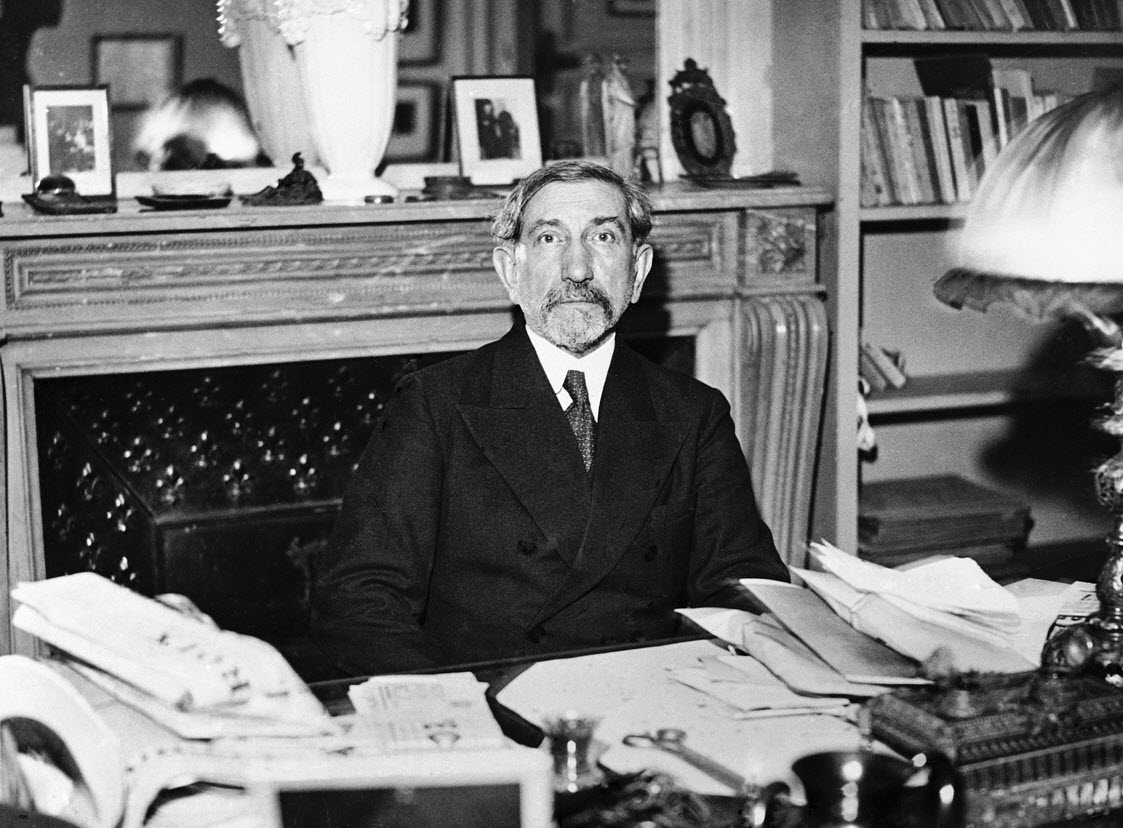 The 2018 edition of the commemorations included the 150th anniversary of the birth of the anti-Semitic and far-right author Charles Maurras. That led many to express outrage online over the weekend.

“To commemorate is to pay homage,” Frédéric Potier, the leader of a French government delegation against racism and anti-Semitism, wrote on Twitter. “Maurras, an anti-Semitic author of the far-right, has no place in the National Commemorations of 2018.”

The outrage spurred Ms. Nyssen on Sunday to order a revision of the book to excise any mention of Maurras, noting that his presence was “likely to divide the French society.”…

“Even before his twentieth birthday, Charles Maurras describes himself as a French obsessed with foreign invasion and Jewish presence,” the prominent historian Michel Winock wrote in a book about France and its Republican ideals.

Although Maurras is now widely condemned in France, he has many fans, including Steve Bannon, President Trump’s former chief strategist, according to Politico.

To read, firsthand, what Maurras had to say about the influence of **** upon French society, pick up a copy of the excellent 1971 book The French Right : From De Maistre to Maurras, edited by John McClelland. Once upon a time, books like this (presenting extended and unfiltered excerpts of a right-wing thinker’s ideas) were actually published in the U.S. This does not happen anymore.

The controversy in France surrounding the commemoration of his birth echoed a similar episode of public outrage in 2011, when the same commemorations book planned to celebrate the birth of another anti-Semitic writer, Louis-Ferdinand Céline…

Wow, so Céline, whose Journey to the End of the Night is one of the most influential and lasting works of 20th century literature, is banned too. Amazing. It turns out Céline has also been banned in other ways:

This year, the publisher Gallimard abandoned a plan to publish an edited version of Céline’s anti-Semitic pamphlets after it caused an uproar.

By Sunday evening, all references to Maurras had been deleted from the commemorations’ website. A short text that had described Maurras as an “emblematic and controversial figure” had also been taken down.

From a recent NY Review of Books piece:

In a statement, Antoine Gallimard said the correct “methodological and memorial conditions” that would enable Céline’s notorious work to be read “dispassionately” did not exist at present—a formulation that appeared to concede that reprinting the French-Canadian edition would be inappropriate, while leaving the door open for a more scholarly edition at a future date.

So, tell you friends and family that the only way they can learn about Maurras and Céline is via Far Right websites. Hopefully, over time, such sites will see their traffic rise accordingly.

This entry was posted in Europe, Jewish, Political Correctness. Bookmark the permalink.