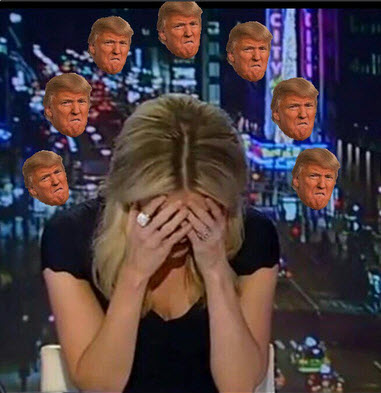 On her show last night, Me-Again Kelly rhetorically asked a guest (I can’t recall exactly whom it was) why Steve Bannon believes FNC will “go centrist”. She equated the charge of going ‘centrist’ with simply being a fair and impartial journalistic arbiter.

Why did she bring this up? The very sentiment she is referencing is from this recent THR interview with Bannon:

It is clear when we return to our conversation that it is not just the liberal establishment that Bannon feels he has triumphed over, but the conservative one too — not least of all Fox News and its owners, the Murdochs. “They got it more wrong than anybody,” he says. “Rupert is a globalist and never understood Trump. To him, Trump is a radical. Now they’ll go centrist and build the network around Megyn Kelly.”

Like Bill O’Reilly, Me-Again has become narcissistically obsessed with herself and her self-perceived role in Big Events.