Mediate: “Is That Cute Kid Trump Met at the White House Today Making the Pepe Symbol?”

When it comes to all things Alt-Right, Jewish paranoia is quite boundless. Jon Levine (ahem) frets anxiously, asking “Is That Cute Kid Trump Met at the White House Today Making the Pepe Symbol?”: 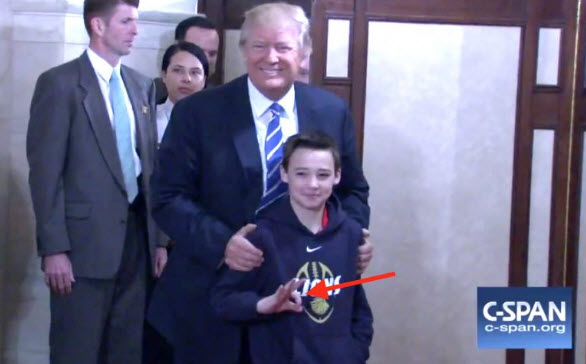 President Donald Trump on Tuesday took time away from berating his staff and making wiretapping claims to drop in on a group of visiting students from Birmingham Alabama’s Briarwood Christian School who were taking a tour of the White House.

Things stayed pretty on script as Trump invited a 10-year-old to pose with him for the cameras. The touching moment was captured in a brief video posted to CSPAN, which ultimately made its way to their Twitter account. 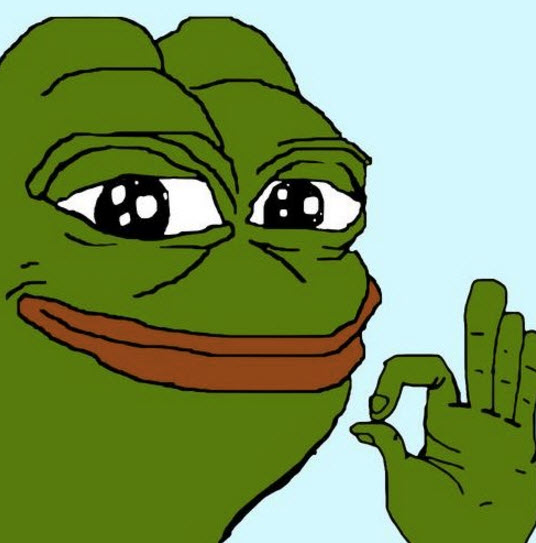 Largely unnoticed, however, was a curious hand gesture made by the 10-year-old toward the end of the footage. In a simpler time, the gesture could have been written off as an “ok” symbol… but not today. The hand movement bears a striking similarity to one that has often been made by the ultimate Trump meme warrior, Pepe the Frog.

Who spilled the beans?!

This entry was posted in Alt-Right, MSM. Bookmark the permalink.