PepsiCo has yanked a Mountain Dew ad because of it’s ‘racial insensivity’ (Can’t have any of that. You must not think bad thoughts.)

The soda and snack food company said it immediately pulled the 60-second spot after learning that people found it was offensive. The ad was part of a series developed by African-American rapper Tyler, The Creator, and depicted a battered white woman on crutches being urged to identify a suspect out of a lineup of black men.

A goat character known as Felicia is included in the lineup and makes threatening comments to the woman, such as “Ya better not snitch on a playa” and “Keep ya mouth shut.”

The woman eventually screams “I can’t do this, no no no!” and runs away. The word “do” is in apparent reference to the soft drink’s “Dew It” slogan.

In all the news stories I’ve found, the embedded videos have already been yanked. 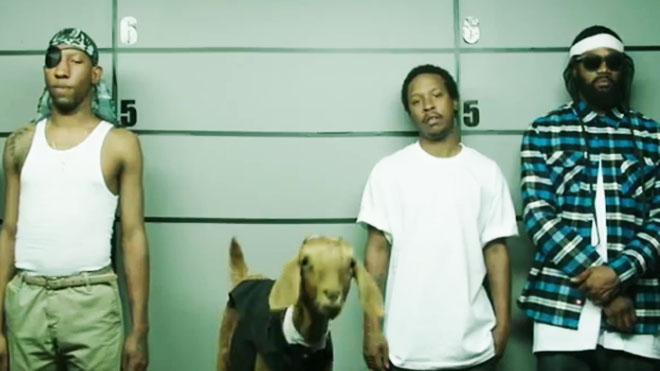 This entry was posted in Black, Political Correctness, Race. Bookmark the permalink.