HILLSBOROUGH, N.C. –  A former professor at the center of an academic scandal involving athletes at the University of North Carolina at Chapel Hill has been charged with a felony, accused of receiving $12,000 in payment for a lecture course in which he held no classes. 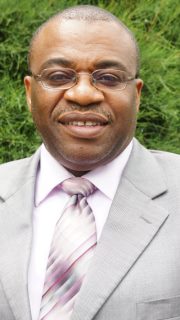 Nyang ‘Oro was chairman of the Department of African and Afro-American Studies. He resigned from that post in 2011 during a campus investigation that found certain classes in the department that instructors did not teach, undocumented grade changes and faked faculty signatures on some grade reports…

Orange County District Attorney James Woodall said the professor’s 2011 summer course was supposed to have had regular class meetings. But he said Nyang’oro instead ran an independent study class that required students to write papers but not show up. The school found that the course, a late addition to the schedule, had an enrollment of 18 football players and one former football player.

This entry was posted in Academia, Black, Crime. Bookmark the permalink.