On NPR this morning was a report on the following new documentary:

The documentary Narco Cultura paints a sobering picture from both sides of the U.S.-Mexico border in a drug war that has claimed more than 60,000 victims in the past seven years. The film cuts back and forth between gruesome murders in Mexico and the culture of narcocorridos — ballads that revel in the exploits of drug cartels.

The most chilling part of the segment, and a sign of things to come:

Cut to Los Angeles, where a young nightclub crowd is partying and singing along to the latest narcocorrido.

“We’re bloodthirsty, crazy, and we like to kill,” they sing. [The NPR-provided audio of the crowd singing this is so… alien – Ed.]

Onstage, the boisterous members of the group Los Bukanas de Culiacan wear bandoliers of bullets and brandish a prop bazooka. The group’s enthusiastic lead singer and songwriter, Edgar Quintero, is the film’s other protagonist, a young Mexican-American born in L.A. One minute, he’s at home with his wife and babies. The next, he’s sitting in a van, taking a wad of $100 bills from a shady character who wants a narcocorrido written about him. 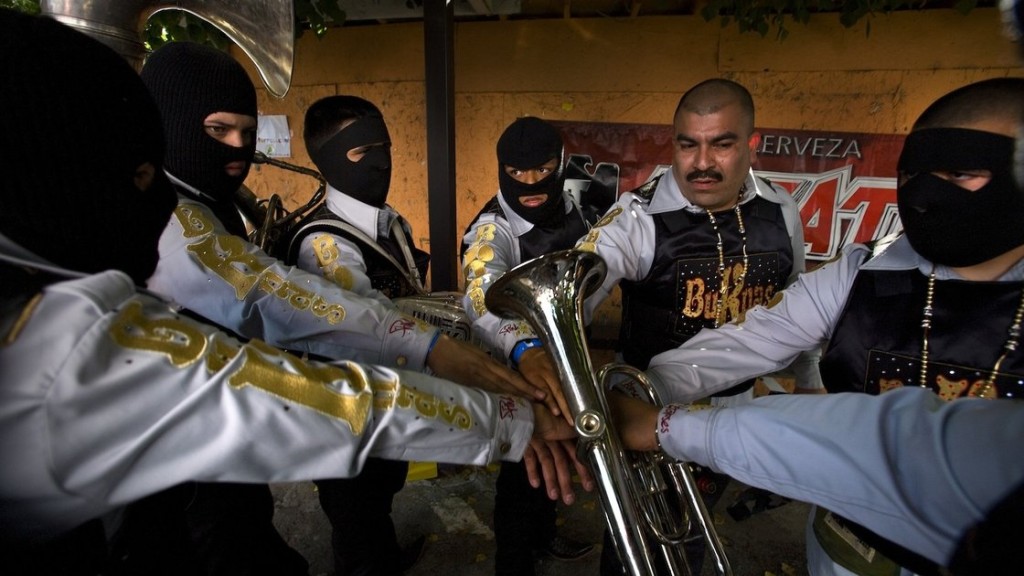 “Edgar Quintero of the band Los Bukanas de Culiacan likens what he does in the narcocorrido genre to gangster rap.”