Writing in the WSJ, Adrian Raine, Professor of Criminology, Psychiatry and Psychology at the University of Pennsylvania, discusses the burgeoning field of neurocriminology (an extension of the growing and insurmountable HBD body of evidence.)

Given the Dracula-like resilience of the Phrenology and Eugenics Bogeymen Twins, and their ability to still spoil the party all these years later, Raine’s essay has the usual hat-in-hand, “excuse me, pardon me” equivocations. (For example, of Cesare Lombroso, the 19th century criminologist, Raine wants to have his cake and eat it too: “The racial side of Lombroso’s theory fell into justifiable disrepute after the horrors of World War II, but his emphasis on physiology and brain traits has proved to be prescient.”)

Nonetheless, Raine is quite insistent about the scope, specificity, and definitiveness of neurocriminology’s findings:

Modern-day scientists have now developed a far more compelling argument for the genetic and neurological components of criminal behavior. They have uncovered, quite literally, the anatomy of violence, at a time when many of us are preoccupied by the persistence of violent outrages in our midst.

The field of neurocriminology—using neuroscience to understand and prevent crime—is revolutionizing our understanding of what drives “bad” behavior. More than 100 studies of twins and adopted children have confirmed that about half of the variance in aggressive and antisocial behavior can be attributed to genetics. Other research has begun to pinpoint which specific genes promote such behavior.

Brain-imaging techniques are identifying physical deformations and functional abnormalities that predispose some individuals to violence. In one recent study, brain scans correctly predicted which inmates in a New Mexico prison were most likely to commit another crime after release.

Raine mischaracterizes, however, how the different sides of the political spectrum will receive the findings of neurocriminology:

Most people are still deeply uncomfortable with the implications of neurocriminology. Conservatives worry that acknowledging biological risk factors for violence will result in a society that takes a soft approach to crime, holding no one accountable for his or her actions. Liberals abhor the potential use of biology to stigmatize ostensibly innocent individuals. Both sides fear any seeming effort to erode the idea of human agency and free will.

It is growing harder and harder, however, to avoid the mounting evidence. With each passing year, neurocriminology is winning new adherents, researchers and practitioners who understand its potential to transform our approach to both crime prevention and criminal justice.

The implications of neurocriminology for philosophy’s classic ‘free will vs. determinism‘ problem (e.g., intentionality, the philosophy of agency & action) are too much to go into here (where is Wittgenstein when you need him), but Raine’s above characterization is misleading.

It is liberals who worry about the science itself, not the conservatives. The ‘worry’ of conservatives is only that liberals will, upon accepting the factuality of neurocriminology, go on to absolve violent perpetrators of their responsibility. In other words, liberals have a first-order worry that the scientific findings will undermine their marxist-determinist model, a concern conservatives do not have. Conservatives, however, have a second-order worry — namely, that the marxist-determinist model will not die but will only become more contorted and cognitively dissonant.

As has been lamented by many HBD bloggers, the amazing HBD-related discoveries in science have not led to any real and significant change towards the dismantling of political correctness and its grip on cultural institutions. Similarly, as the findings of neurocriminology become increasingly acknowledged and beyond reproach, defense attorneys and courts will correspondingly move in the direction of criminal absolution… but only for those with the requisite, deficient brain characteristics (e.g., blacks.)

In other words, the logic of liberal determinism might very well lead to the position that the black rapist “couldn’t help himself”, whereas the white rapist (given the fact he has a larger amygdala) exercised sufficient moral agency and therefore deserves a harsher punishment.

The logical endpoint of this reductio ad absurdum would be a wholesale reorientation of the ‘prison industrial complex’ to be, for blacks and other qualifying types, essentially a comfortable form of forcible therapy.

One can see the seeds of this in Raine’s own strain of liberal mindset:

Take the case of Donta Page, who in 1999 robbed a young woman in Denver named Peyton Tuthill, then raped her, slit her throat and killed her by plunging a kitchen knife into her chest. Mr. Page was found guilty of first-degree murder and was a prime candidate for the death penalty.

Working as an expert witness for Mr. Page’s defense counsel, I brought him to a lab to assess his brain functioning. Scans revealed a distinct lack of activation in the ventral prefrontal cortex—the brain region that helps to regulate our emotions and control our impulses.

In testifying, I argued for a deep-rooted biosocial explanation for Mr. Page’s violence. As his files documented, as a child he suffered from poor nutrition, severe parental neglect, sustained physical and sexual abuse, early head injuries, learning disabilities, poor cognitive functioning and lead exposure. He also had a family history of mental illness. By the age of 18, Mr. Page had been referred for psychological treatment 19 times, but he had never once received treatment. A three-judge panel ultimately decided not to have him executed, accepting our argument that a mix of biological and social factors mitigated Mr. Page’s responsibility.

Mr. Page escaped the death penalty partly on the basis of brain pathology—a welcome result for those who believe that risk factors should partially exculpate socially disadvantaged offenders. But the neurocriminologist’s sword is double-edged. Neurocriminology also might have told us that Mr. Page should never have been on the street in the first place. At the time he committed the murder, he had been out of prison for only four months. Sentenced to 20 years for robbery, he was released after serving just four years. 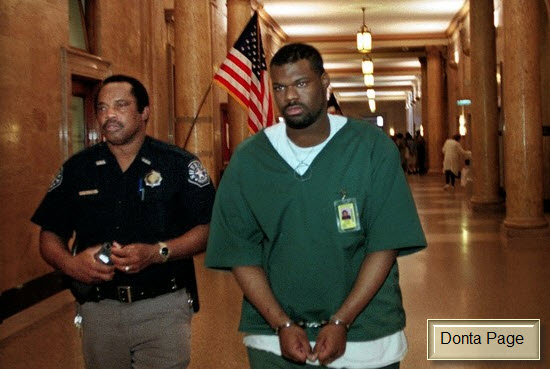 Raine notes a very interesting upcoming research paper which apparently correlates physical characteristics of the brain with not only propensity for violence but with the intervals between such violence:

Research soon to be published by Dustin Pardini of the University of Pittsburgh shows that men with a smaller amygdala are three times more likely to commit violence three years later.

Given the color of crime, when can we expect research looking into possible correlations between amygdala size and race to begin?

This entry was posted in Crime, HBD, Race. Bookmark the permalink.