“Violence Casts Shadow Over Celebration” is how the NYT reports it. (Notice the gang signals in their accompanying photo): 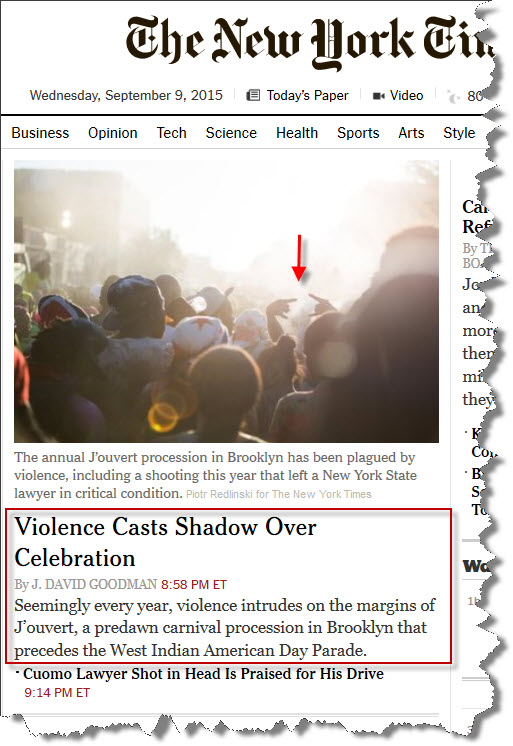 The J’Ouvert Festival, it seems, is the kickoff to NYC’s annual West Indian Day Parade, an event that brings out some of the city’s finest, and that is known for its relative predisposition towards violence.

Hard to believe, I know, and an opportune time to give white youngsters a variation of Derb’s “Talk“.

A more high profile incident from Monday took place when Carey Gabay, a (black) attorney in Cuomo’s administration, and whose family is originally from Jamaica, was shot in the head from a stray bullet while attending the Parade. 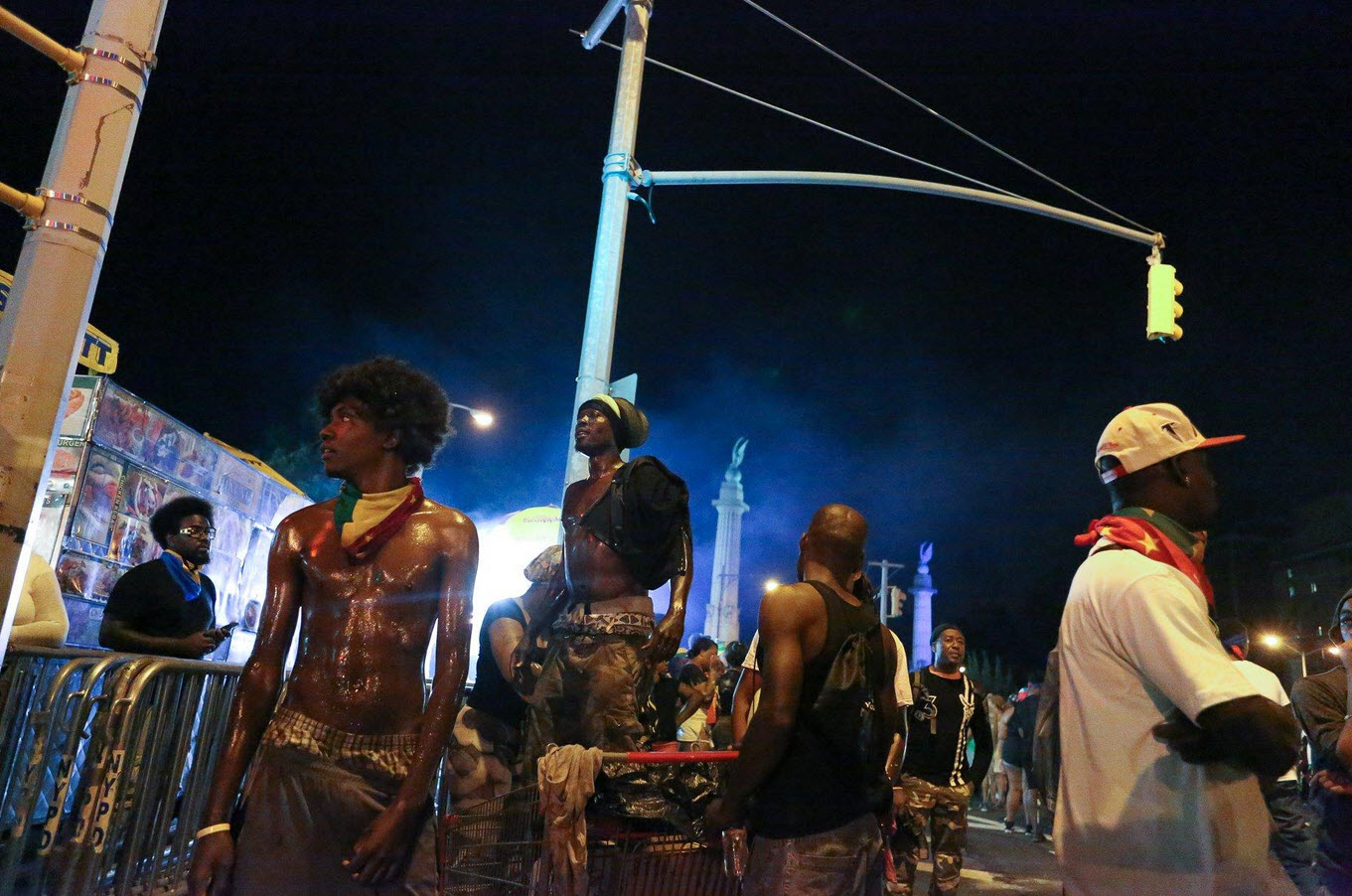 Not a military coup in Sierra Leone, but a Festival in NYC.

If you type “West Indian Day Parade” into Google Images, you get what could easily be mistaken for some tribal ritual dancing somewhere in Africa… albeit with a bit more twerking than usual. Here are the first images that come up:

Clouds of pungent smoke wafted through the crowd, and two young men — one wearing a Jamaican-flag bandanna, the other wearing a sash made of American and Bahamian flags — were spotted rolling up and lighting marijuana cigarettes.

An older woman covered her nose as several young men shared a joint, dancing and blowing smoke into the air.

“A lot is happening that isn’t supposed to be happening,” she said, a look of disgust plain on her face.

One young man was also seen pouring Hennessy cognac into an iced tea bottle, then doling it out into plastic cups. Three pals who were spotted drinking brown liquid from clear plastic cups as they cavorted along the parade route admitted that their beverage of choice was the same type of booze.

One of them claimed that cops were turning a blind eye to the blatant law-breaking.

“I’m allowed to drink and smoke,” said Nevin Budhu, 21. “The cops see us and they don’t say anything . . . They are giving us a break because this is the one time we get to enjoy ourselves in public. ”…

Cops routinely confiscate booze from revelers at the St. Patrick’s Day Parade, but detectives union chief Michael Palladino said he was ordered not to do the same thing at the West Indian-American Day Parade.

“In my 36 years with the department, that’s the only parade where I was told to look the other way,” Palladino said. “The political theme of decriminalization started at that parade decades ago.”

A retired NYPD cop said, “No one in their right mind wants to do that detail.”

“It’s the worst event of the year, in terms of violence, and it goes on for days,” the ex-cop said.