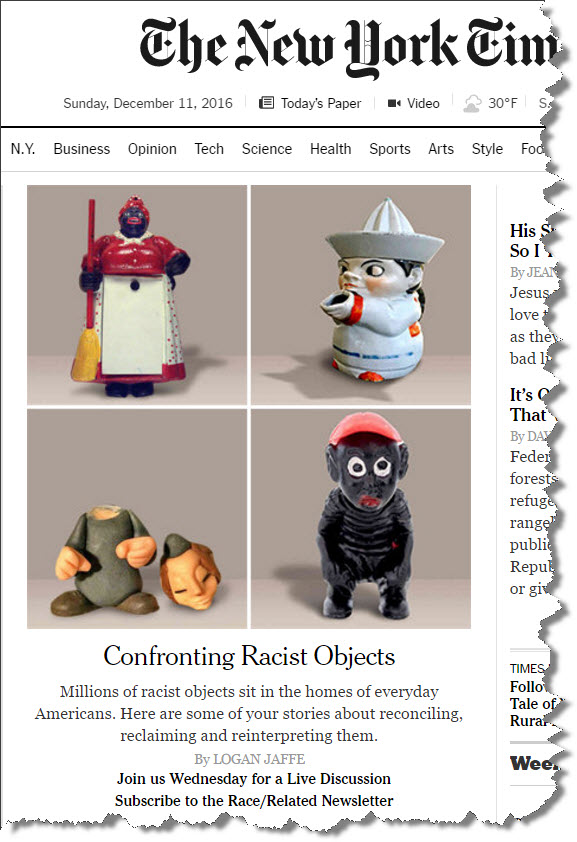 tured story in the NYT this Sunday is called “Confronting Racist Objects”:

Millions of racist objects sit in the homes of everyday Americans. We asked for your experiences with these objects and received hundreds of responses. Some of you told us about your family heirlooms. Some described antique finds, and many of you simply wanted to know what should be done with racist objects. What is their place today, when racial tensions and racial attacks are on the rise? Here are some of your stories about reconciling, reclaiming and reinterpreting racist objects.

Thank god the NYT is providing a safe space to deal with the triggering which occurs when, after your parents die, you inherit horrendously racist objects… such as an Asian-looking figurine, or a black man holding a lantern.

When will this oppression stop?

She has a black face!

By the way, here’s is what the Aunt Jemima ads of yesteryear were like. Ha! Ha! 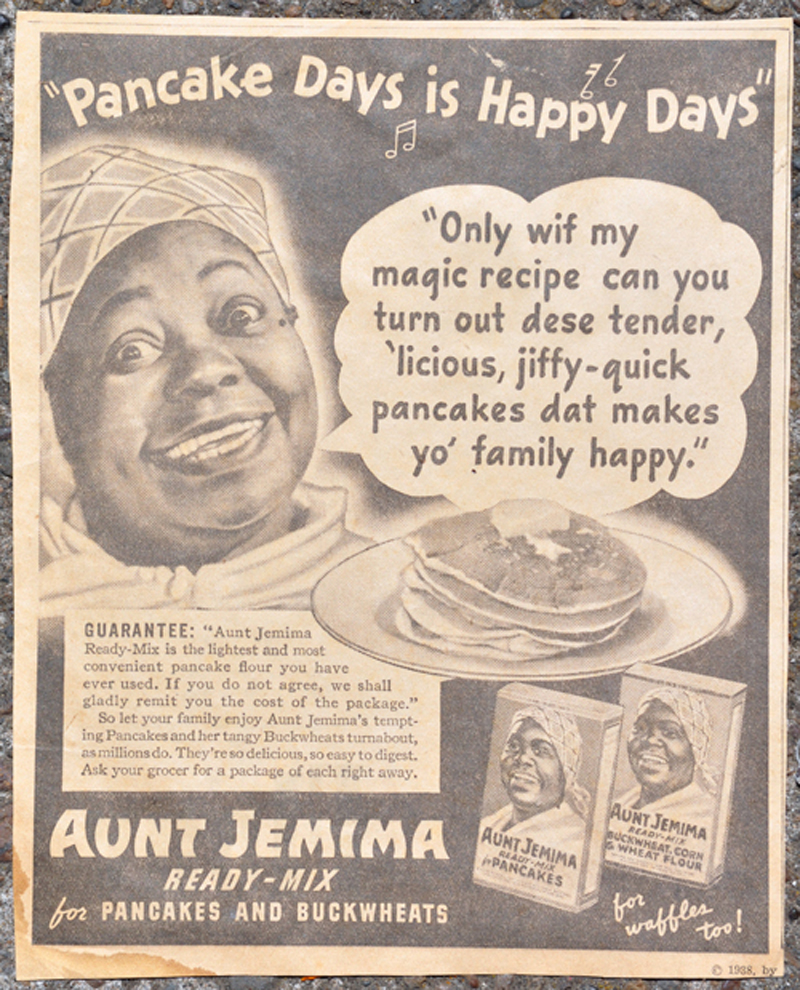