NYT Counting Chickens Before They Hatch

So, let me get this right: Post-defeat, Ossoff wasn’t a “referendum” on Trump… but Blue States staying blue this past Tuesday are such a referendum.

That dastardly Trump won’t recognize the fundamentally changed United States of America when he returns from his overseas Asia trip!

If all of this gloating means the Dems will be quadrupling down on their anti-white, identity politics in the next 12 months, then Tuesday was ultimately good news for 2018: 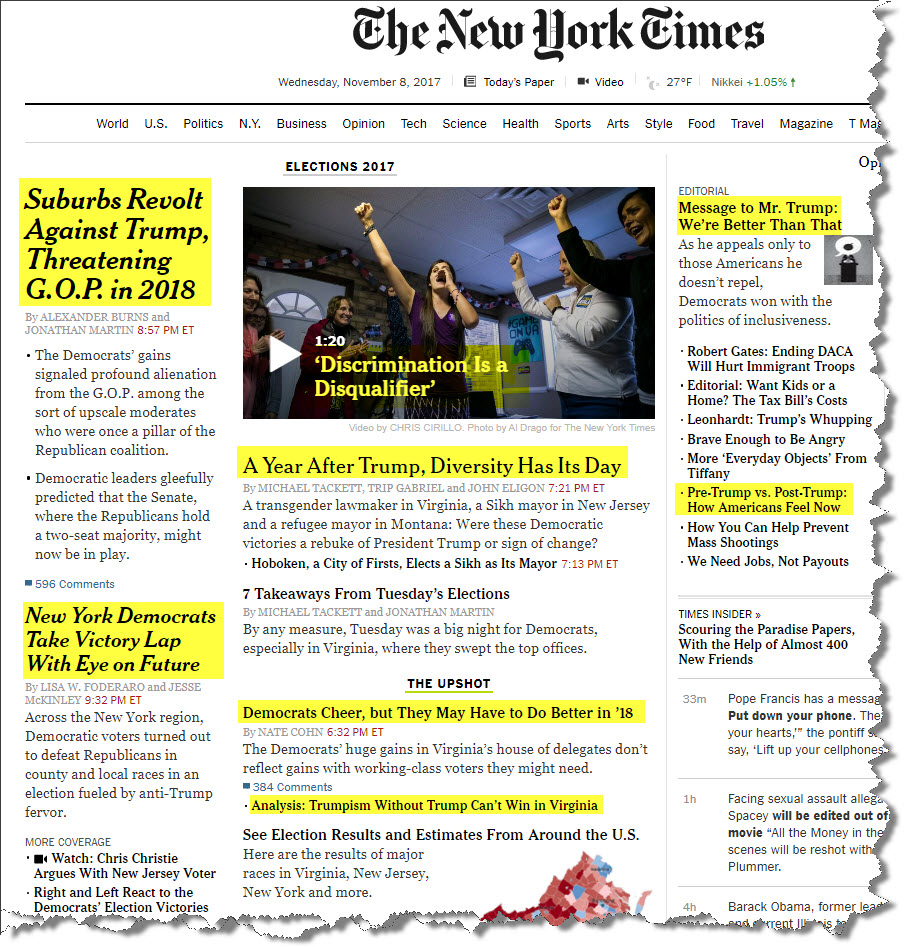