What has been striking in the aftermath of the Orlando massacre is how quickly the Fifth Column and its political party immediately used the event as a pretext to push their agenda.

A clearly rattled Obama spent over 5 minutes of speech time today lambasting Trump for pointing out Obama’s own odd refusal to use the phrase “radical Islam”. The Organizer sees this insistence by Trump (and most other Americans) as “a political talking point” and “partisan rhetoric”, and warns of how “dangerous this mindset can be.” (Again, Obama spent more time worrying about the potential for ‘Islamophobia’ than on the problem fo Muslims in America killing Americans.)

In the NYT, the entire paper today seems to be gun control activism, squeezing the Orlando massacre into a ‘gay rights struggle’ narrative, giving Barry a big thumbs up, and repeatedly shouting how awful Donald Trump is.

My gut tells me that the disproportionate of space that both The Organizer and his MSM mouthpieces are spending on Trump is a sign of their nervousness. 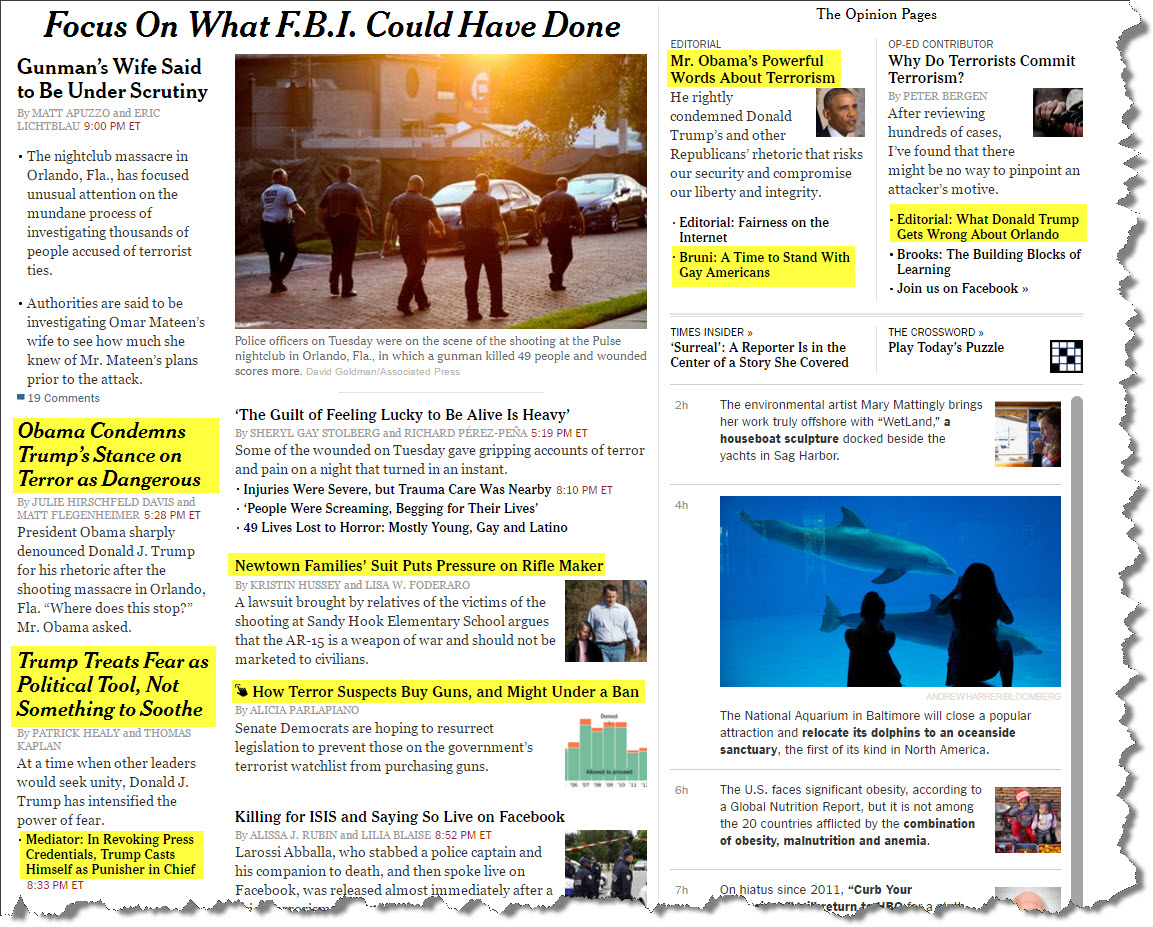 This entry was posted in Culture Wars, Islam, MSM, NYT. Bookmark the permalink.